The Endurance of Palestinian Political Factions: An Everyday Perspective from Nahr el-Bared Camp 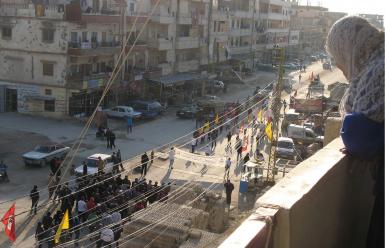 The Institute for Palestine Studies invites you to join us for the book launch of The Endurance of Palestinian Political Factions: An Everyday Perspective from Nahr el-Bared Camp by Perla Issa and co-published with UC Press as part of its New Directions in Palestinian Studies series. The book is available to download for free.
The Endurance of Palestinian Political Factions is an ethnographic study of Palestinian political factions in Lebanon through an immersion in daily home life. Perla Issa asks how political factions remain the center of political life in the Palestinian camps in the face of mounting criticism. Through an examination of the daily, mundane practices of refugees in Nahr el-Bared camp in particular, this book shows how intimate, interpersonal, and kin-based relations are transformed into political networks and offers a fresh analysis of how those networks are in turn metamorphosed into political structures. By providing a detailed and intimate account of this process, this book reveals how factions are produced and reproduced in everyday life despite widespread condemnation.

Perla Issa (author): is a researcher at the Institute for Palestine Studies in Beirut, Lebanon.

Sa’ed Atshan (moderator): is an Associate Professor of Anthropology at Emory University. He previously served as an Associate Professor of Peace and Conflict Studies at Swarthmore College and as a Postdoctoral Fellow at the Watson Institute for International Studies at Brown University.  He earned a Joint PhD in Anthropology and Middle Eastern Studies and an MA in Social Anthropology from Harvard University, and a Master in Public Policy (MPP) degree from the Harvard Kennedy School.  He received his BA from Swarthmore in 2006. He has two recent books, both of which were published in spring 2020: Queer Palestine and the Empire of Critique (Stanford University Press) and the co-authored (with Katharina Galor) The Moral Triangle: Germans, Israelis, Palestinians (Duke University Press). Atshan has been awarded multiple grants and fellowships, including from the Rosa Luxemburg Foundation, Open Society Foundations, National Science Foundation, Social Science Research Council, Woodrow Wilson National Foundation, Andrew Mellon Foundation, and the Jack Kent Cooke Foundation. He is also the recipient of a Paul and Daisy Soros Fellowship for New Americans and a Kathryn Davis Fellowship for Peace. 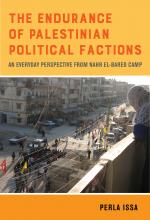