The field of Palestine Studies has been contributing analyses of  themes such as colonialism, indigeneity, feminism,  racialization, and resistance for decades. Yet alongside the increased attention to the Palestinian struggle across many fields today, we are witnessing a growing trend that erases research rooted in the legacies of Palestine Studies. For example, contemporary research on indigeneity and Palestine often overlooks the genealogy of this very analysis within the field of Palestine Studies. Emergent trends also tend to overlook scholarship rooted in Palestine and theory-making that has developed out of the grassroots Palestinian struggle in Palestine and its diaspora.

This panel seeks to challenge this erasure, especially since it reifies the very erasure of Palestinains that it often seeks to resist. It also seeks to offer alternative approaches to studying Palestine that reflect a politics of citational accountability and commit to the co-creation of ideas in ways that center/re-center Palestine and Palestinians.

Sherene Seikaly: is Associate Professor of History at the University of California, Santa Barbara; author of Men of Capital: Scarcity and Economy in Mandate Palestine (Stanford University Press, 2016;  and her forthcoming book is titled, From Baltimore to Beirut: On the Question of Palestine. She is co-editor of Journal of Palestine Studies and Jadaliyya.

Mezna Qato: is Margaret Anstee Fellow at Newnham College, University of Cambridge. She is a historian of the modern Middle East, and in particular of education, migration, development, and social histories of Palestinian refugee and exile communities. She was previously Junior Research Fellow at King's College, Cambridge and Spencer Fellow at the National Academy of Education. She leads a research network on Archives of the Disappeared at the Centre for Research in Arts, Social Sciences, and Humanities at the University of Cambridge.

Rana Barakat: is an assistant professor of history at Birzeit University in Palestine. Her research interests include the history and historiography of colonialism, nationalism, and cultural resistance. She earned her PhD from the University of Chicago and has published a number of articles in several journals including the Journal of Palestine Studies, Jerusalem Quarterly, Settler Colonial Studies, and Native American and Indigenous Studies.

Nour Joudah: is a PhD candidate in Geography at UCLA and currently completing her dissertation Mapping Decolonized Futures: Indigenous Visions for Hawaii and Palestine. Nour's work examines mapping practices and indigenous survival and futures in settler states, highlighting how indigenous countermapping is a both cartographic and decolonial praxis. She also has a MA in Arab Studies from Georgetown University, and wrote her MA thesis on the role and perception of exile politics within the Palestinian liberation struggle, in particular among politically active Palestinian youth living in the United States and Occupied Palestine.

Tareq Radi: is a doctoral student in American Studies at NYU. His research examines the financialization of housing in the West Bank as a mechanism for financial and social re-engineering. More broadly, his work interrogates the co-constitution of finance capital and property as social relations at the nexus of settler colonialism and capitalism in Palestine and Turtle Island. 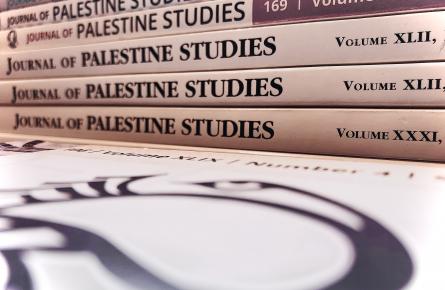