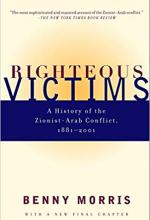 ----------------
Charles D. Smith is a professor of history in the Near Eastern Studies department at the University of Arizona, Tucson. The fourth edition of his Palestine and the Arab-Israeli Conflict was recently published by Palgrave.