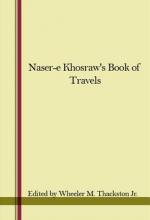 For millennia, the decision to visit Jerusalem has been grounded on the idea of visiting a holy site. Writing about the journey, in this sense, has also been considered an act of spiritual devotion that evolved over the centuries into an established tradition. Abundant literature on the subject of pilgrimage to the Holy City exists in most languages of both Christianity and Islam.

In the world of classical Islam, writings about Jerusalem belonged more to the genre of writings about holy cities-known as Fada‘il al-Mudun ("virtues of cities")-than to the genre of traditional travel writings. The former, Fada‘il, was understood to refer to certain books that focused on a particular city, its place within Islam, and its role in the creation and end of the world. Travel writings for Medieval Muslims, on the other hand, were part of a tradition whose motivation had more to do with seeking knowledge about the geography, wealth, and customs of other peoples than with understanding holy scripture.

In the section on Jerusalem in his Book of Travels or Safarnama, Naser-e Khosraw, presents a mixture of both genres.[2] Abu Mu‘in Hamid al-din, son of Khosraw (1004-1088), better known as Naser-e Khosraw, was a distinguished Isma‘ili Muslim clerk, poet, and scholar from Khurasan (in northeastern Iran). In 1045 Khosraw embarked on a seven year journey during which he visited Azarbaijan, Arabia, Bilad al-Sham (Syria and Palestine), Iraq, and Egypt.[3] In the Safarnama that he wrote on his journey, we find one of the earliest Muslim travel narratives to describe Jerusalem.

When considered as a whole, Khosraw‘s Safarnama does not appear to be a book of Fada‘il since it is not devoted to one particular city, its holy sites, and its importance within the divine order of the universe. However, because Khosraw undertook his journey as a result of a divine revelation, the text has some elements of the Fada‘il genre.

In the book, Khosraw recounts how he arrived in Jerusalem a little over a year after he left home. Describing the city, its surroundings, and the different sites in it, Khosraw presents the reader with a detailed account of how Jerusalem was fifty years before its fall to the crusaders. Arriving in the city from the direction of Acre in north Palestine on the 5th of Ramadan [5 March 1047], Khosraw was struck by the number of visitors from what we today would call West Asia. They included those Muslims who could not perform the Haj in Mecca and instead chose to offer a sacrifice in Jerusalem, as well as Christians and Jews from the area and from the Byzantine lands who had come to visit shrines considered holy in their traditions. In addition to these visitors, Jerusalem had a population-as Khosraw points out-of about twenty thousand, many of whom were artisans and merchants working in one of Jerusalem‘s many bazaars.

When Khosraw arrived in Jerusalem, the city, while still technically a part of the Abbassid Caliphate, was in reality ruled by the Saljuk Turks. He noticed that Jerusalem was exactly 876 parsangs (each is equal to 6 modern kilometers) away from his own hometown of Balkh.

Unlike other cities that he visited, Jerusalem was built on a rocky hill and had no water sources other than the rain. Thus it was not surrounded by any trees or vegetation. The villages in the hills around it, however, were cultivated without irrigation, and to Khosraw‘s surprise, were producing enormous amounts of olives and figs (p. 21).

When it comes to describing the city‘s sites and buildings, Khosraw devotes most of his time to describing the sites of importance to Islam. The focus on Jerusalem‘s religious sites was a common feature among almost all travel narratives written on the city. Unlike many other travelers, however, Khosraw‘s interest in such places revolved mostly around their mathematical and geometrical details. For example, the first concern that Khosraw had after he arrived at al-Aqsa mosque was to measure the dimensions of the building rather than to appreciate how sacred the place was for Islam. Wandering "about the area, looking at it from different vantages," he was able to determine based on an inscription that he found "in stone over an arch . . .that the length of [the] sanctuary is 704 cubits and the width 455 cubits in royal ells" (p. 23).

In the rest of his account on Jerusalem, Khosraw describes sites around al-Aqsa and the Dome of the Rock, often citing verses from the Quran relevant to these sites. And although he mentions sites related to Jesus or to Zacharia, he fails to mention any sites that are relevant only to Jews or Christians. Heading towards Hebron to visit the tomb of Abraham, Khosraw left Jerusalem after a two-month stay.

Because Khosraw was keen on presenting all kinds of little details about the city and its buildings, his Safarnama is an important and useful document for historians and archeologists of Jerusalem. Furthermore, as a travelogue, it presents a good example of Muslim travel writing in the Middle Ages. However, in contrast to an earlier narrative on Jerusalem presented by Shams al-Din Muhammad al-Maqdisi, who visited the city in the tenth century, Khosraw seems more concerned with buildings than with people.[4] At the same time, in contrast with the narratives of Christian European travelers to Jerusalem from that period, Khosraw speaks more of a living Jerusalem than of an iconic site. The Latin Christian visitors were familiar with Jerusalem as a biblical site and not as a place with markets and living quarters. To them, Muslim or Jewish holy places were alien and not part of the true Jerusalem that they had come to visit.

To Muslim travelers, such as Khosraw, Jerusalem was a part of a familiar social and cultural world, not an exotic site in a far away land. It is only natural that in their accounts, the city appeared more as a socially vibrant and living place with holy sites than as a holy city that happened to have a population.