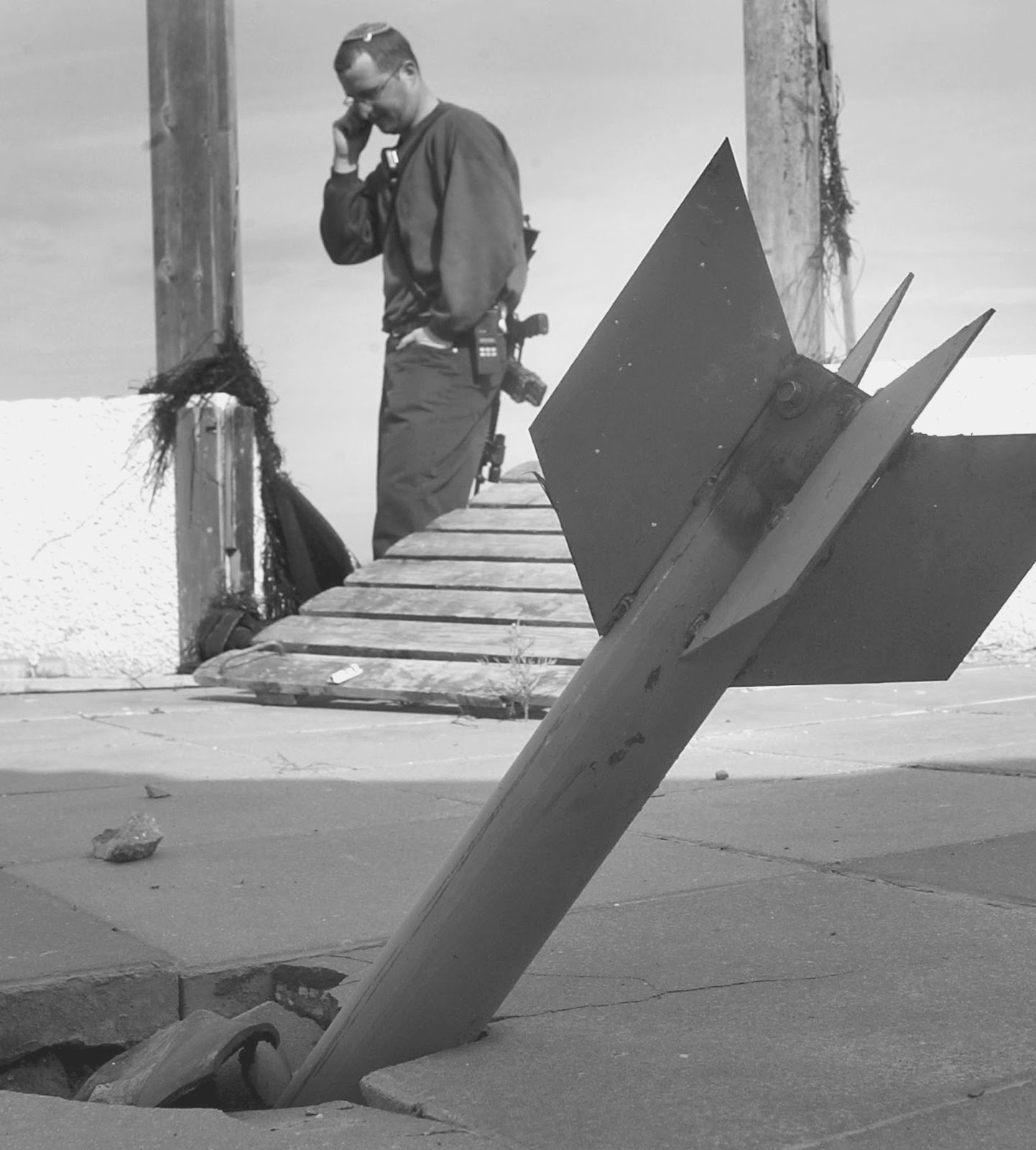 The use of a telephoto lens resulted in this dramatic photo of an unexploded Qassam rocket that landed in Neve Dekalim settlement on 10 February 2005. The Washington Post ran the photo prominently on the cover of its World News section on 11 February 2005. Ronen Zvulun/Reuters. 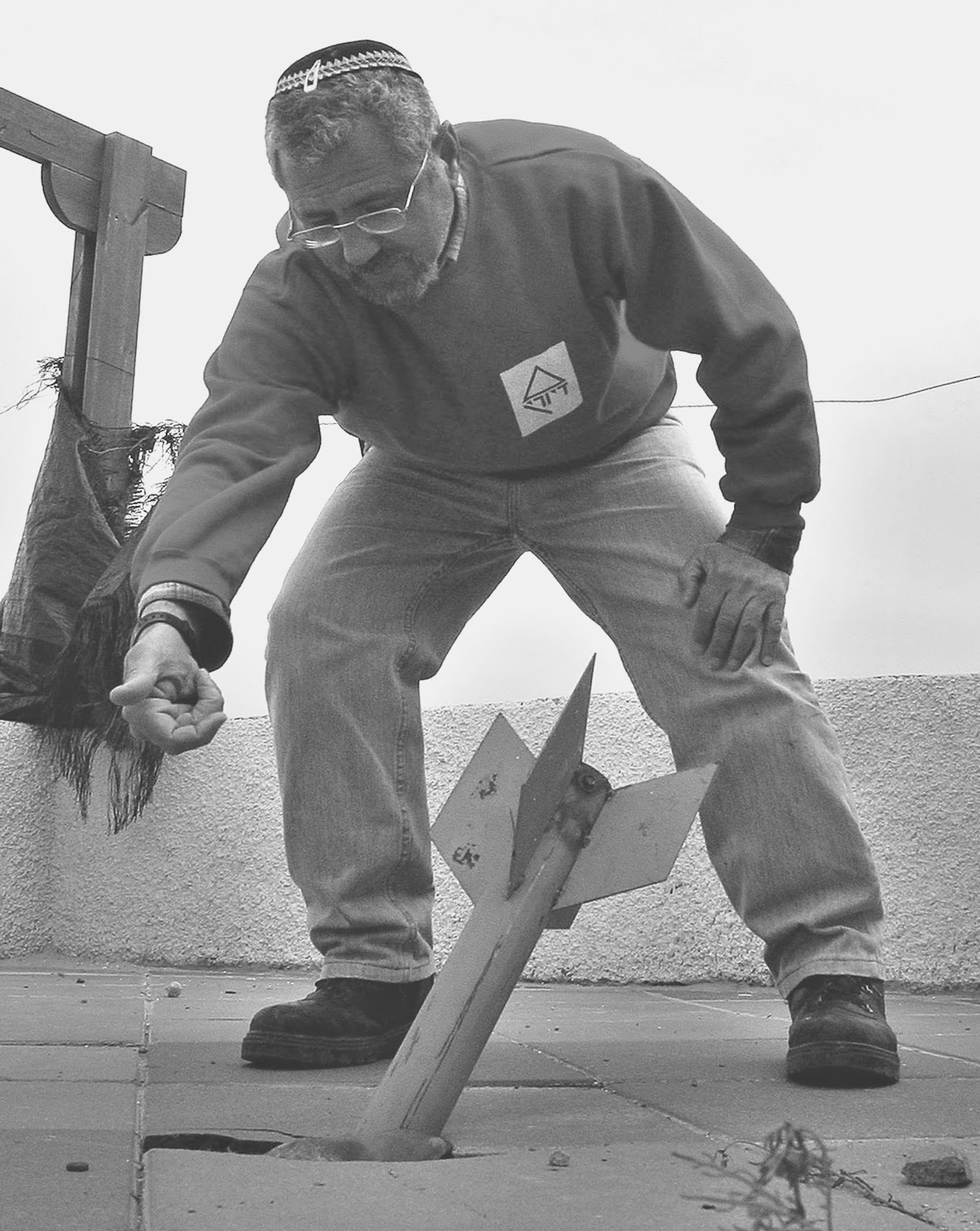 This photo of the same unexploded rocket, run by the Washington Times on 11 February, presents a more realistic impression. Associated Press.