Shehadeh: Strangers in the House: Coming of Age in Occupied Palestine 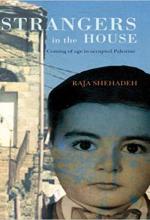 ---------------
Carol Bardenstein teaches in the Department of Near Eastern Studies at the University of Michigan in Ann Arbor.