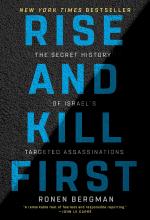 In this essay, researcher Paul Gaston Aaron reviews Rise and Kill First: The Secret History of Israel’s Targeted Assassinations, by Israeli military and intelligence affairs journalist Ronen Bergman. Drawing on his deep knowledge of the subject, Aaron lauds the book for its fine-grained and chilling accounts of the mechanisms of clandestine warfare. Aaron also points out that Bergman offers no critique of the moral dilemma entrenched in policies that violate international law even when it becomes clear that the mantra to kill or be killed has little to do with state security and much more to do with raising the Israeli public’s morale, destabilizing Palestinian society, and thwarting Palestinians’ attempts at self-determination by disrupting their ruling structures. While Bergman does not question the underlying premise of the targeted killing policy, which assumes a threat, to which what Israel does is a response, he tries to redeem a few individuals by making a distinction between what he sees as an ethically responsible warrior class and an opportunistic political elite.