Global Implications of the India-Israel Relationship 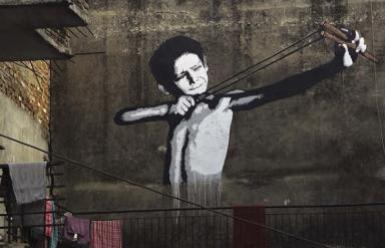 Far-Right Zionism and Far-right Hindutva have united to improve their relations fundamentally. The relationship is all-encompassing: economic, political, military, and cultural. How will this impact an already fragile South Asia, and what global ramifications can it have, where both regimes are attempting to crush Palestinian and Kashmiri movements for national liberation? What are the differences and similarities in this situation, and what results and prospects can we hope for? Most importantly, is victory possible, or Is defeat inevitable, and what is the US/EU role in all this?

Tariq Ali is a Pakistani-British political activist, writer, journalist, historian, filmmaker, and public intellectual. He is a member of the editorial committee of the New Left Review and Sin Permiso, and contributes to The Guardian, CounterPunch, and the London Review of Books.

Virinder Singh Kalra's academic work examines the multiple ways in which culture is used as the basis of peoples' resistance to hegemony.  In South Asia the boundaries between India and Pakistan are weakended through the practices of musicians and writers, which is central to his book Sacred and Secular Musics, Bloomsbury Press. In this text he engages a postcolonial analysis with the field of ethnomusicology, forwarding the role of the native musician as the interpreter and conveyor of religious texts. This inverts the normative accounts of musicians in South Asia which place them at the bottom of the social hierarchy and also of religious hierarchy in which texts are given a superordinate role. The wide range of his academic work is underpinned by an account of processes of resistance through the gambit of cultural and political organising, demonstrated most recently in the co-authored book Beyond Religion in India and Pakistan (Bloomsbury, 2019), which highlights the porous boundaries of shrine worship compared to the rigid boundaries of religious identity.