I navigated San Salvador’s notorious traffic and summer humidity in August of 2021 to meet Simán Khoury — the president of La Asociación Salvadoreña Palestina — at his office in the municipality of Santa Tecla.

The gregarious association president is one of the most active representatives from the Salvadoran-Palestinian community in one of the largest Palestinian populations in Latin America. At the end of our meeting, I asked him how he came to settle in El Salvador, as he arrived later than others, who trace their descendance to migrants, who came over during the late-19th and early-20th century. 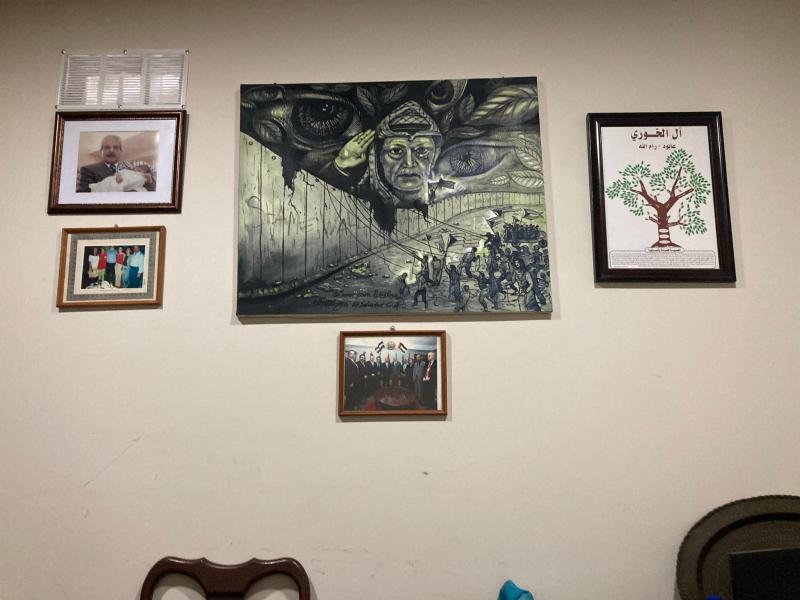 Simán relayed a story of falling in love with a Salvadoran woman during the 1980s, when she was visiting a Holy Land relics shop in Bethlehem. He came to El Salvador to marry her and move back to Palestine… only to have this plan derailed by an attack during the Salvadoran Civil War, which injured his young, pregnant wife. They stayed in El Salvador, where he lives today with his family, as a community leader in the small Central American country.

I found it heartbreaking that the kind of violence he experienced in Palestine is what resulted in his permanent resettlement in El Salvador. But, in fact, this is one of the questions that guides my research on the Palestinian diaspora in the country: namely, how do we study a marginalized community that has made their home within another margin of a different region?

El Salvador is far from a common focus of study in Latin American history. It is often categorized as a country plagued by war and violence… the same attributes that mark the popular depiction of Palestine.

What does it mean to live at the margins of the margin?

This experience is emblematic of the historical trajectory of many Palestinians in El Salvador. Journalist Roberto Valencia observed that “those who have come from Palestine are power in El Salvador. Power. The country cannot be fully explained without the Handal, the Zablah, the Hasbún; without the Simán and Salume; without the Bukele. But that power is relatively new.” 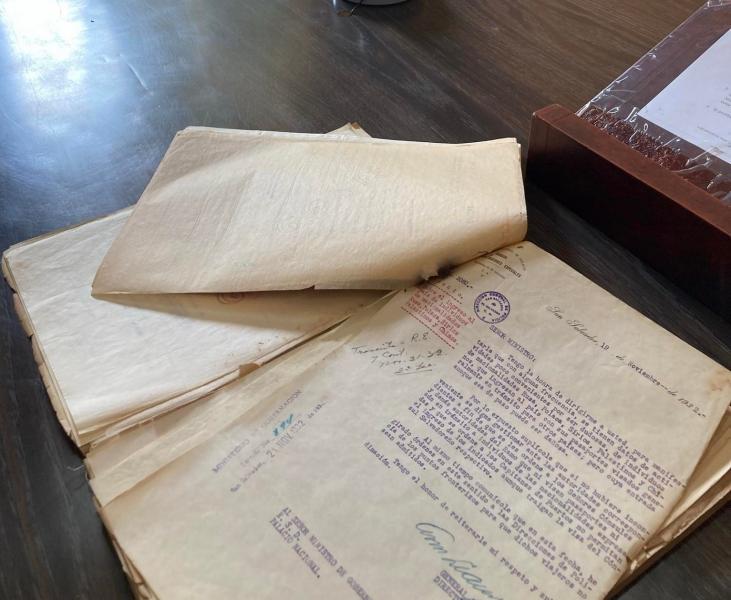 In 21st-century El Salvador, there are close to 100,000 individuals of Palestinian descent. This is around the total amount of Palestinians who reside in all the countries of the European Union. Collectively, they wield significant political, economic, and social influence. As the best example, El Salvador’s President Nayib Bukele, and an array of notable leaders of business, industry, and politics.

Yet, as Valencia notes, this power is new. During the early 20th century, racialized notions of religious identity rendered these largely Christian Palestinian migrants as suspect, trapping them in a web of bureaucratic and legal exclusion, at a time when xenophobia against Chinese immigrants, local Afro-descendent and Indigenous communities was widespread.

While these migrants primarily hailed from Bethlehem, the land of Jesus’ birth, associations with the ‘Islamic’ and ‘Asiatic’ Ottoman Empire entangled this community within discriminatory racial schemas that led to their marginalization. A wave of anti-Palestinian sentiment into the 1930s classified certain members of the community as ‘extranjeros indeseables,’ or ‘undesirable foreigners.’

Exploring this difficult history reveals forms of Palestinian resistance and civic participation — characteristic of the community that today forms one of the largest Palestinian diasporas in the world. 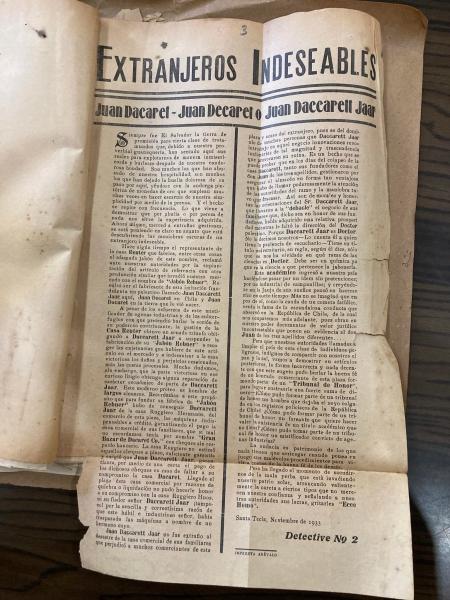 Circular from the 1930s, courtesy of Amy Fallas

During the late-19th century,  an estimated 1.2 million from Ottoman Syria and Palestine embarked on transatlantic journeys to the Western Hemisphere in search of economic opportunities. Among these migrants were those who settled in El Salvador. The oral histories of these descendants make reference to early entries at El Salvador’s two main Pacific ports: Cutuco and Acajutla.

The earliest documentation of Palestinians in El Salvador, from the late-1880s, reveals a common profile that reflects broader migration trends from the Ottoman Middle East to the Americas — young, Christian men, with the notable exception that those who settled in El Salvador were primarily from Bethlehem.

These immigrants overwhelmingly entered the workforce in trade and commerce, often branding their merchandise and businesses as being associated with “the Holy Land.” This line of work also reflected their former lives in Bethlehem, where many came from urban families, owned agricultural land, and were likely merchants.

Into the 20th century, they established successful commercial and agricultural enterprises in the provinces of San Salvador, San Miguel, Santa Ana, and La Unión. In part because of their success in trade and business, a series of legal and bureaucratic changes were implemented in El Salvador to limit Palestinian migration, along with other foreign groups.

Into the 1920s and 30s, the Salvadoran state passed a series of restrictive immigration laws rooted in racial logic, specifically targeting Palestinian migrants. The 1921 Aliens Law classified Chinese and "individuals of the Arab race” as harmful, while the 1933 Migration Law prohibited the entry of Black and Asian migrants and those from Arabia, Lebanon, Syria, Palestine and Turkey.

In 1936 — under the repressive dictatorship of Maximiliano Hernández Martínez — Decree No. 49 became the first of a series of discriminatory laws that prohibited “persons of the Arab, Palestinian, Turkish, Chinese, Lebanese, Syrian, Egyptian, Persian, Hindu, and Armenian races” to become naturalized, to open new businesses, join as partners, or open branches of existing enterprises.

It was during the 1930s that the concept of the ‘undesirable’ or pernicious foreigner became widely referenced in national discourse. Circulars distributed during this period used these terms to incite fear and suspicion. One such circular I found in the Salvadoran National Archives deployed this alarmist language to refer to a merchant named Juan Jaar, claiming that he — like other Palestinians — was abusing Salvadoran hospitality:

“El Salvador was always the land of promise for a certain class of globetrotters who, due to our proverbial kindness, have settled here to exploit us mercilessly and mock our candid goodness. There are many who have abused our hospitality; there are many who have left the painful trace of their passage here…”

Although many Salvadorans of Palestinian descent lowered their public profile or engaged in strategic performances of Christian identity, others challenged the state by writing petitions challenging these xenophobic laws. Many of these petitions are housed in the Salvadoran National Archives, such as one by Cristina Maria Daboub, who petitioned for citizenship following the prohibitive immigration law of 1933. Although she was born in the country, the fact that her parents were Palestinian meant that she was classified as a foreigner. She powerfully pleads with the Department of Migration, centering her own conviction as proof:

"According to the immigration law, I am a foreigner… but I am Salvadoran by birth and by heart, for having been raised in the same place, for maintaining its healthy customs and above all—for conviction."

Today, efforts on behalf of the Palestinian-descendant community and Salvadoran scholars and officials have addressed this painful past by highlighting the community’s contributions and preserving their heritage and history. At the forefront are organizations like La Asociación Salvadoreña Palestina. Based in El Salvador’s capital, the group spearheads a wide array of events, activities, and publications designed to celebrate the community’s culture.

Salvadoran scholars like Melissa Rivas and others have focused their research on the history of Palestinians in the country and state-community initiatives, which have led to the construction of public spaces dedicated to Palestinian heritage, such as “Palestine Plaza" in downtown San Salvador, and a monument to Yasser Arafat on Jerusalem Avenue.

While Salvadoran Palestinians reflect a diverse range of political, economic, and social backgrounds and interests, they continue to challenge endeavors to homogenize or marginalize their role in Salvadoran society’s past and present.

Amy Fallas is a Salvadoran-Costa Rican writer, editor, and historian. She received her MA in History from Yale and is currently a PhD Candidate in History at UC Santa Barbara. Her research examines religious difference, communal institutions, sectarianism, and historical memory in modern Egypt as well as transnationally between El Salvador and Palestine during the 20th Century. She is currently the Coptic Studies Fellow at the Orthodox Christian Studies Center at Fordham University for 2022-23 and Guest Scholar at the Netherlands-Flemish Institute in Cairo. Amy’s published work has appeared in The Washington Post, Jadaliyya, the Tahrir Institute for Middle East Policy, HAZINE, the Revealer, Sojourners, Contingent Magazine, and more.

From the same blog series: Palestinians in Latin America