The Board of Trustees of the Institute for Palestine Studies held its 53rd annual meeting at the Institute's headquarters in Beirut on Friday and Saturday the 16th and 17th of December. Attendance was both in-person and virtual.

Following the opening of the first session, the board members listened to a talk titled, “The revolutionary/ rebellious state in Palestine from a socio-historical perspective,” presented by Dr. Lisa Taraki, co-editor of the journal Jerusalem Quarterly, on recent developments in Palestine, especially the West Bank.  The presentation was followed by discussion.

Over the course of the two days, the board discussed reports by the president of the board, secretary general, chair of the research committee, treasurer, general director, directors of offices, and editors of the journals, as well as reports by other departments at the Institute's offices in Beirut, Ramallah, and Washington, DC. 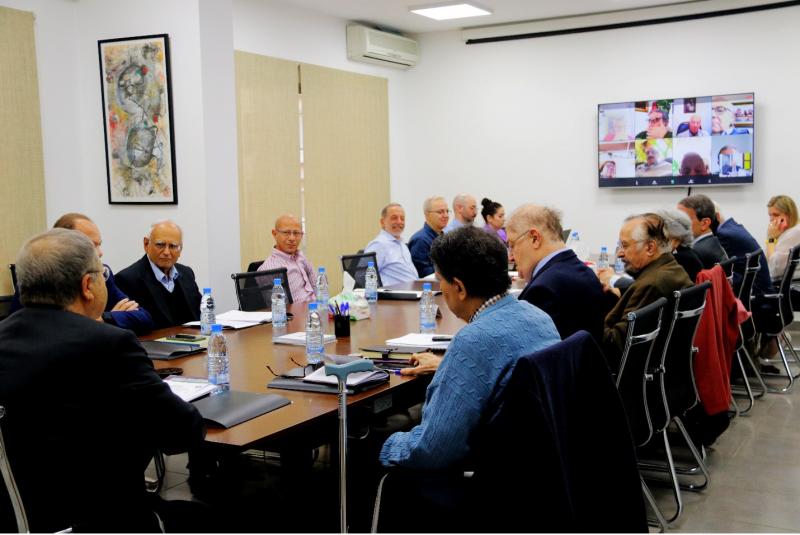 At the close of its meetings, the board made several decisions and recommendations and commended the Institute's role, resilience, and continuity despite the difficult regional and global situation.