Gas in the East Mediterranean: Reserves and Geopolitical Challenges 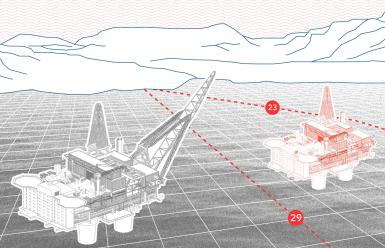 The Institute for Palestine Studies (IPS) is holding a workshop on "East-Med Gas: Reserves and Geopolitical Challenges", which is the 4th in a series held by the IPS on the subject of energy and the Arab-Israeli conflict. The papers of the past workshops have been published in three Arabic-language books.

The IPS workshop this year will cover the following topics: reserves, production, and exports of East-Med gas; the role of East-Med gas to Europe in the post Russian-sanctions era; the geo-strategy of Israeli gas policy; petroleum fields in the Israeli-occupied West Bank and the Gaza Strip; the demarcation of the maritime borders between Lebanon and Israel; and the role of gas in the zero-emissions era of post-2050.

The seminar will be webcast via Zoom, social media platforms, and on the IPS website.

Peter Stevenson: is the East Mediterranean Editor at MEES, covering Lebanon, Egypt, Cyprus and Israel. He has been in the position for almost nine years, in which time he has written exclusive stories on Chevron's entry into the region, the temporary shutdown of Egypt's LNG export facility at Idku and water breakthrough issues at the ENI-operated Zohr gas field in Egypt.

Walid Khadduri: Member of the Board of Trustees of the Institute for Palestine Studies. Iraqi writer on Energy Affairs. Author of several articles and books, the latest book (in Arabic): “Fossil Fuels & Sustainable Energy”.

Anton Shulhut: Born in 1956, in Akka, Palestine. Studied at Haifa University. Researcher in Israeli affairs and literary critic. He translated several books from Hebrew. Collaborates in the Palestinian and Arab press. He recently published: “Benjamin Netanyahu: The Doctrine of the No Solution” (2015) by “Madar Center”; “Israel: Security Persecution as a Political Tool” (2018); “Oslo perimeter: The Consolidation of Israeli Colonial Control” (2018) by Mada al-Carmel Center.

Abdel Rahman Tamimi: Holds a PhD in engineering from Britain, a BA and MA from Turkey, and a master’s degree in international studies. He is a part-time lecturer at Al-Quds University and the Arab American University at the Institute for Development Studies and Strategic Planning. He is the Director General of the Palestinian Hydrology Group and Secretary General of the Palestinian Green Party. He has conducted many research papers published in scientific journals. Worked in training for 20 years.

Carole Nakhle: is the founder and CEO of Crystol Energy, an advisory, research and training firm, which received several awards, including Best Independent Energy Consultancy in the UK in 2018 and again in 2021.