Israeli Settler-State, Indian Neocolonialism, and the Case of Kashmir 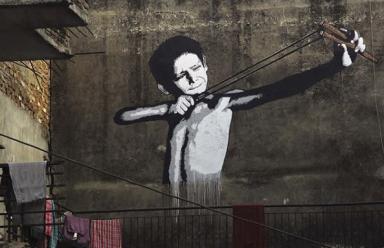 This talk will focus on the 2019 aftermath of the removal of Kashmir's autonomy: illustrating a new phase of Indian neocolonialism. While considering India’s brand of settler colonialism as its own unique historical structure, the talk will also illustrate how Israeli state and transference of technologies of state terror impact Kashmiri futures.

This is the second event of the Israel-India lecture series.

Ather Zia, Ph.D., is a political anthropologist, poet, short fiction writer, and columnist. She is an Associate Professor in the Department of Anthropology and Gender Studies program at the University of Northern Colorado Greeley. Ather is the author of Resisting Disappearances: Military Occupation and Women's Activism in Kashmir (June 2019)  which won the 2020 Gloria Anzaldua Honorable Mention award, 2021 Public Anthropologist and Advocate of the Year Award 2021. She has been featured in the Femilist 2021, a list of 100 women from the Global South working on critical issues. She is the co-editor of Can You Hear Kashmiri Women Speak (Women Unlimited 2020), Resisting Occupation in Kashmir (Upenn 2018) and A Desolation called Peace (Harper Collins, May 2019). She has published a poetry collection “The Frame” (1999) and another collection is forthcoming. In 2013 Ather’s ethnographic poetry on Kashmir has won an award from the Society for Humanistic Anthropology. She is the founder-editor of Kashmir Lit  and is the co-founder of Critical Kashmir Studies Collective, an interdisciplinary network of scholars working on the Kashmir region.

Virinder Singh Kalra's academic work examines the multiple ways in which culture is used as the basis of peoples' resistance to hegemony.  In South Asia the boundaries between India and Pakistan are weakended through the practices of musicians and writers, which is central to his book Sacred and Secular Musics, Bloomsbury Press. In this text he engages a postcolonial analysis with the field of ethnomusicology, forwarding the role of the native musician as the interpreter and conveyor of religious texts. This inverts the normative accounts of musicians in South Asia which place them at the bottom of the social hierarchy and also of religious hierarchy in which texts are given a superordinate role. The wide range of his academic work is underpinned by an account of processes of resistance through the gambit of cultural and political organising, demonstrated most recently in the co-authored book Beyond Religion in India and Pakistan (Bloomsbury, 2019), which highlights the porous boundaries of shrine worship compared to the rigid boundaries of religious identity.