"Who Owns Palestine?" Celebrating the Release of the Two-Part Special Issue of the Jerusalem Quarterly (JQ 88 & JQ 89) 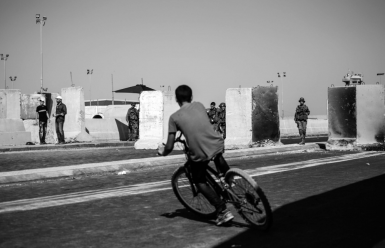 Join us for a webinar launch of issues 88 and 89 of the Jerusalem Quarterly, themed "Who Owns Palestine?"

"Who Owns Palestine?" addresses the past, present, and future of ownership and what it means to "own" Palestine. On the material level, the use and distribution of immovable property in the context of gender, generation, and class relations predate colonial rule and structure the different struggles against settler colonialism.

For Palestinians within historic Palestine, private land ownership is the primary form of wealth and a perceived barrier (albeit, often ineffective) against expropriation. For Palestinians who have been expelled or displaced, property ownership can bring stability and belonging as well as political fragmentation and social conflict. All of these processes have consequences on what it means to be Palestinian and to have a right of Palestine. On a discursive level, Palestine's religious importance and strategic location has made it a laboratory for competing trans-national visions of civilizational, religious, and political futures since at least the nineteenth century.

Fadia Panosetti is a PhD candidate in agricultural and rural development at the Centre for International Cooperation and Development Studies-CECID, Université Libre de Bruxelles. Her research adopts an interdisciplinary approach to examine the dynamics of agrarian change in Palestine/Israel. Her work is funded by the Belgian National Fund for Scientific Research.

Paul Kohlbry is the Postdoctoral Instructor in Human Rights at the University of Chicago. His research explores property ownership and agrarian change in Palestine. His work has been published in the Journal of Palestine Studies, American Ethnologist, Dialectical Anthropology, and other journals.

Kjersti G. Berg holds a PhD from University of Bergen and is a post-doctoral fellow at Chr. Michelsen Institute (CMI) in Norway.

Clayton Goodgame is a postdoctoral fellow in anthropology at the London School of Economics, where he examines property relations, kinship, and religious politics in the Orthodox Patriarchate of Jerusalem.

Moderated by the Co-Editors of Jerusalem Quarterly:

Lisa Taraki is a sociologist at Birzeit University. Her writings include essays on the middle class in Ramallah under the rule of the Palestinian Authority. She is co-editor of the Jerusalem Quarterly.

Alex Winder is visiting assistant professor and director of undergraduate studies at the Center for Middle East Studies at Brown University. His first book, Between Jaffa and Mount Hebron: The Diary of Muhammad ‘Abd al-Hadi al-Shrouf, was published in Arabic by the Institute for Palestine Studies in 2016. His articles have appeared in the Journal of Palestine Studies, Radical History Review, AlMuntaqa, and Biography, among other venues. He previously served as executive editor of the Jerusalem Quarterly and is currently the journal's co-editor. 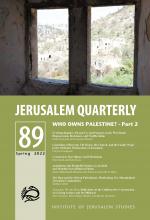 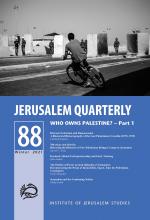