On March 8, Israel demolished the homes of Palestinian families accused of killing an Israeli settler on December 16, 2021 at the Homesh settlement outpost in the West Bank. The punitive demolitions displaced 13 Palestinians from three families who were living in the two houses in the town of Silat ad-Dhahr. Israeli forces also violently dispersed Palestinians protesting the demolitions, injuring at least six with baton rounds and live ammunition. Also in March, two other families had measurements of their homes taken by Israeli forces in preparation of punitive demolitions.

The Palestine Chronology provides a day-to-day account of events in, and related to, Palestine going back to 1982. The database offers a wealth of information for everyone interested in the Palestinian question. This featured entry for the newly released month of March 2022 focuses on Israel's use of punitive home demolitions as a form of collective punishment against Palestinians. The Chronology offers hundreds of entries relating to punitive demolitions and other forms of collective punishment, dating back to 1984.

November 11, 2014 | The Palestine Chronology
In the Gaza Strip, hundreds of Fatah supporters gather in al-Katiba Square in Gaza City to mark the 10th anniversary of the death of Yasir Arafat, despite the cancellation (11/9) of the official ceremony.
chronology.palestine-studies.org

March 6, 2022 | The Palestine Chronology
In the West Bank, Israeli MK Itamar Ben-Gvir drew a gun at Palestinians, claiming they were throwing stones at settler vehicles near al-Arroub refugee camp; no injuries or damage were reported.
chronology.palestine-studies.org 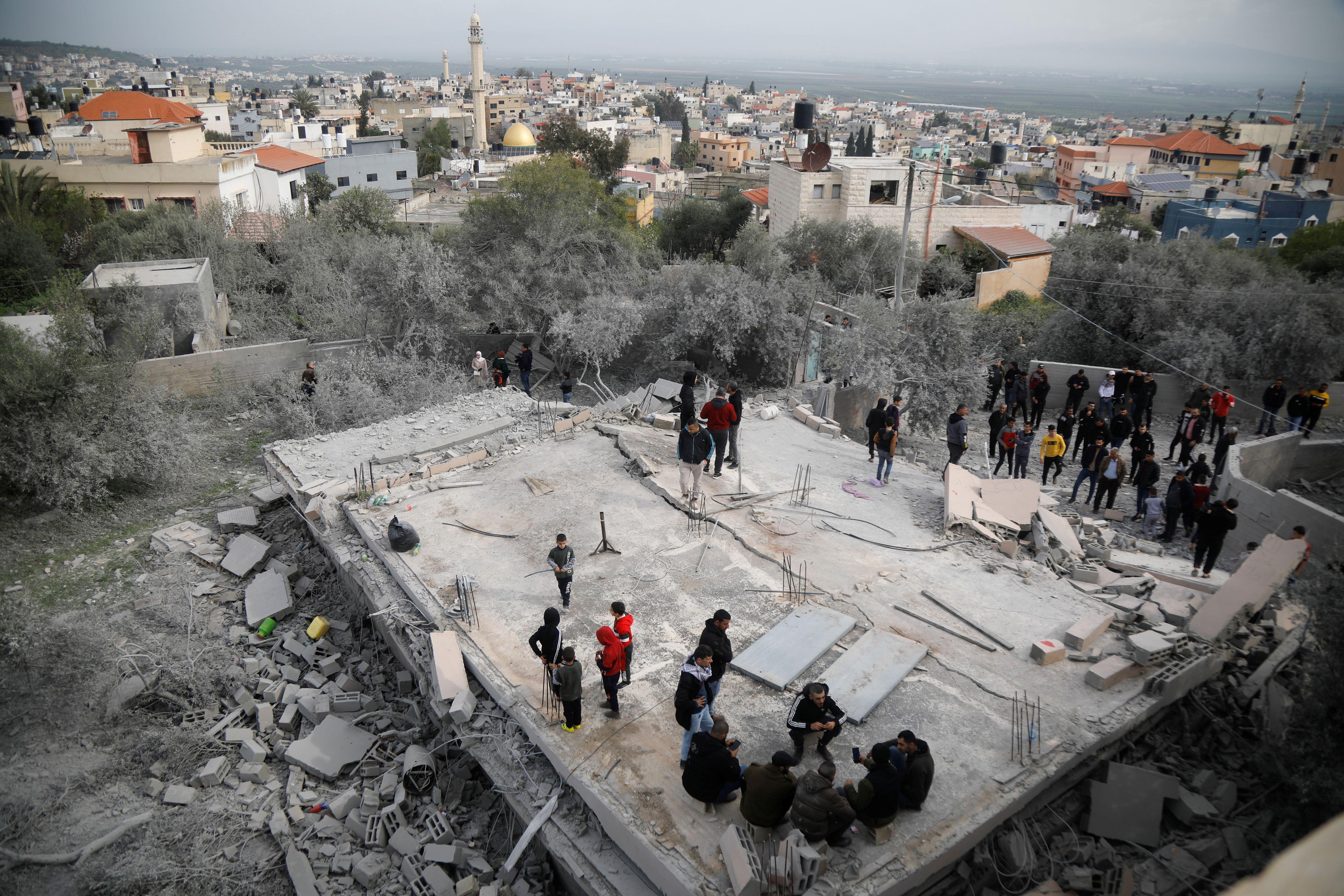