Lifta: Register of a People History, Cultural Heritage, and Struggle 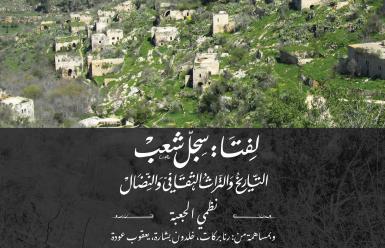 Lifta is a peaceful village situated on the slopes of al-Shami Valley, at the western entrance of the city of Jerusalem. Like other Palestinian towns and villages, Lifta's people were displaced as part of an extensive and premeditated plan of ethnic cleansing in 1948. Many of Lifta's buildings are still standing to this day, clustered around its historic center or on its peripheries. For various reasons, they were not destroyed like the houses in other towns and villages, and they bear witness to the Nakba of 1948. Lifta manifests various aspects of the development of the Palestinian village: architecture, culture, urban planning, waterworks, vegetation, and creative interaction with the surrounding environment. These features have made Lifta a site of human habitation for over four thousand years. Although this book focuses primarily on cultural history, it does not overlook the humans who lived there and their destinies. To avert the further destruction of Lifta, and as a result of considerable efforts on the part of numerous experts, Lifta's architecture has been documented, its environment has been studied, and its history and archaeological remains have been surveyed, in an integrated fashion, as this book demonstrates.

The book also explores the struggles of Lifta's people and their effort to preserve their village, not merely as a unique exemplar of cultural heritage and a model of the Palestinian village before 1948, but also as a witness to the Nakba and a symbol of the hope of return. Many of the people of Lifta still live nearby, in Jerusalem and Ramallah, and have never ceased to visit it and to organize tours among its remains. This book is both a register of the past and a record of persistence and endurance.

Nazmi Jubeh: is a professor of history at Birzeit University. He graduated from Birzeit University in Palestine and received both his Master's degree and PhD from the University of Tubingen in Germany. Jubeh was the director of the Museum for Islamic Art at the Aqsa Mosque. He was also the co-director of Riwaq Centre for Architectural Conservation. Currently he works as the director of the Birzeit University Museum. He has participated in most projects documenting tangible cultural heritage in Palestine. Jubeh is known for his expertise on cultural heritage in addition to being an expert on Jerusalem and Hebron affairs, and has published several books and articles on these subjects.

Yacoub Odeh: was born in Lifta in 1940 and was forcibly displaced with his family to Jerusalem during the Nakba. Odeh was an active member in the Arab National Movement while studying law at Beirut Arab University, and then worked for Kuwaiti Television from 1963-66. From 1966-69, he was a teacher at the Coptic Orthodox College and at the St. Demiana School in Jerusalem. In 1969, the Israeli Military Tribunal sentenced Odeh to three life terms in prison. He was released in 1985 as part of the Galilee prisoner exchange deal. In 1986, he worked as a research fellow in the Palestinian Human Rights Information Center (PHRIC-Arab Studies Society) and then in the Land Research Center in Jerusalem (1996 - 2020). Odeh is a specialist in human rights and residency rights in Jerusalem. He is one of the staunch advocates for Lifta and the chairman of the Commission for the Protection of the Cultural Heritage of the Depopulated Village of Lifta. 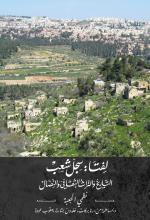