Event | At the beginning of April 1947, after its efforts to solve the Palestine question had failed, the British government decided to refer the issue to the United Nations. On April 28, 1947, the UN General Assembly opened a special session for this purpose, and on May 15, it decided to set up a special committee composed of 11 member states to examine the situation in Palestine. After the inquiry it conducted during its visit to Palestine, which was boycotted by representatives of the Palestinian Arabs, the committee made two proposals: the first, backed by a majority of its members, recommended the partition of Palestine into an Arab State, a Jewish State, and the City of Jerusalem to be placed under international trusteeship; and the second, supported by a minority, was that there should be a federal state with two governments, one Arab and one Jewish.

Read more about UN General Assembly Session on Palestine on the Palestinian Timeline. 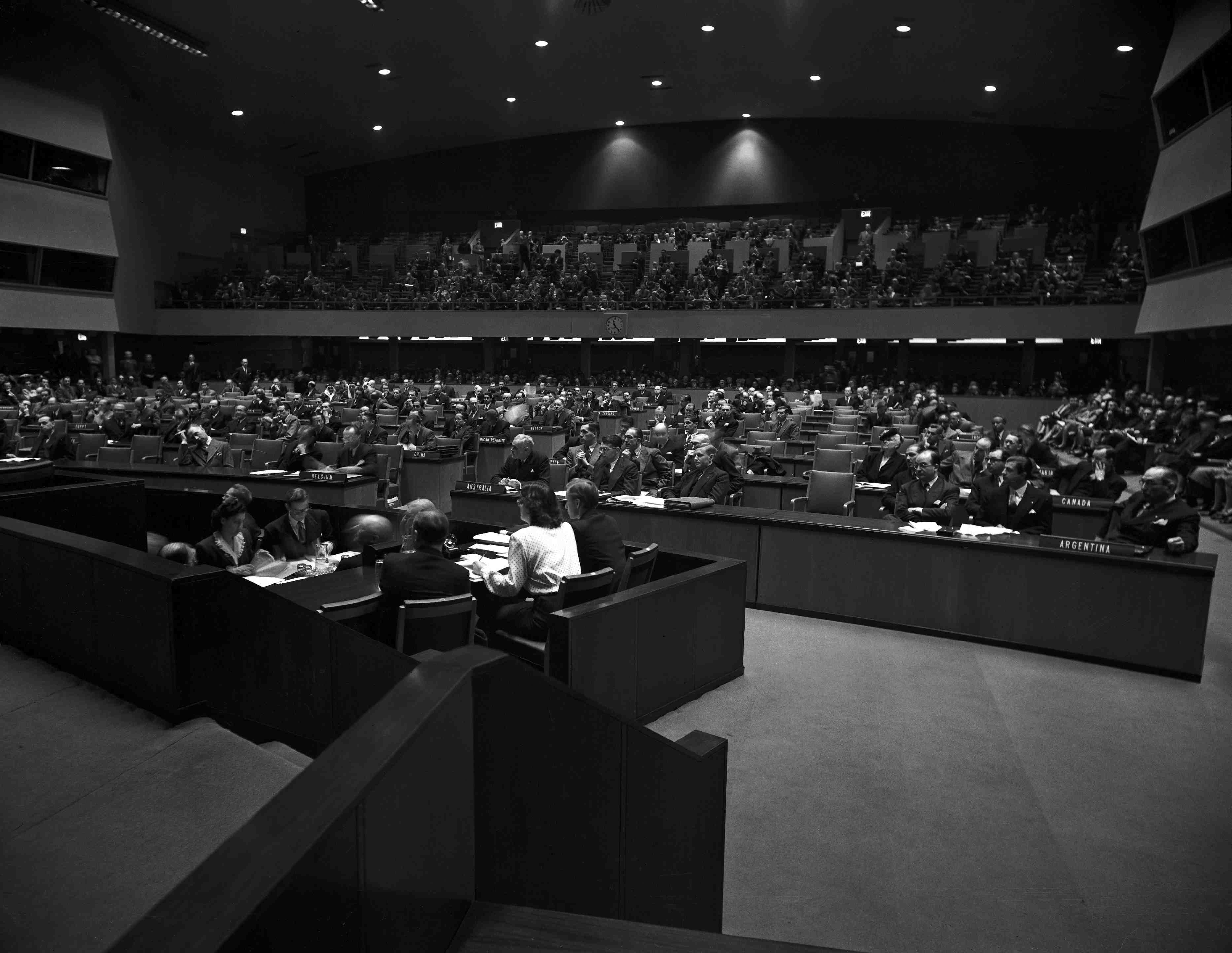