Salute to Prisoners of Freedom

Which prisoners are we talking and writing about? Who are we painting, drawing, and sculpting for? Quite simply, every prisoner who is fighting for freedom and struggling to achieve justice. Those who have devoted their finest years to the struggle for dignity and rights, confined to narrow cells in prisons and detention centers in every country in the world. They are women and men of all color, young and old, from all corners of the globe.

We are writing and creating art about Palestinian prisoners in their cramped funereal spaces, incarcerated in the prisons of the Israeli occupation that stretch from the north to the south of the country. We are inspired by the heroes who escaped by digging a tunnel out of Gilboa prison, and managed to seize their freedom, albeit for a brief moment. We are awed by the prisoner who was interrogated and asked how he knew that the tunnel had been completed, and replied: "When we saw the sun unobstructed by bars"—a response that encapsulates the meaning of freedom in the clearest possible way. We are moved by the children and minors imprisoned in the first bloom of youth, seized from the arms of their parents, and buried in dark dungeons.

We are driven to write and create art by the prisoners who undertook the longest hunger strike in the recorded history of human imprisonment, those whose incarceration has exceeded four decades, those whose prison cell doors rusted shut and had to be replaced as they watched, and those who created literature and wrote scholarly essays in dire circumstances, managing to produce original knowledge in confinement despite the paucity of resources.

We are in awe of the prisoners who devoted time to reading, learning, and pursuing their studies behind bars, those who left children behind and met them again as youths, and the young man who entered prison to search for his father who had been imprisoned for decades. We are motivated by the female prisoners in al-Damon prison on Mount Carmel, overlooking the bay of Haifa and the Mediterranean Sea, which they are prevented from seeing by the prison walls. We are inspired by the mother who was prevented from being released from prison to walk in her young daughter’s funeral procession, and who said: "They deprived me of a farewell kiss, so I present you with a parting rose."

We are driven to create by almost one million Palestinians who have experienced the trial of incarceration and confinement, which has become a central element in Palestinian society, shaping social structures and communal values.

Inspired by their examples, thirty artists have painted and sculpted a pathway to hope, in spite of the torture and physical duress, reflecting the dreams and aspirations of those who are and have been confined to their cells. 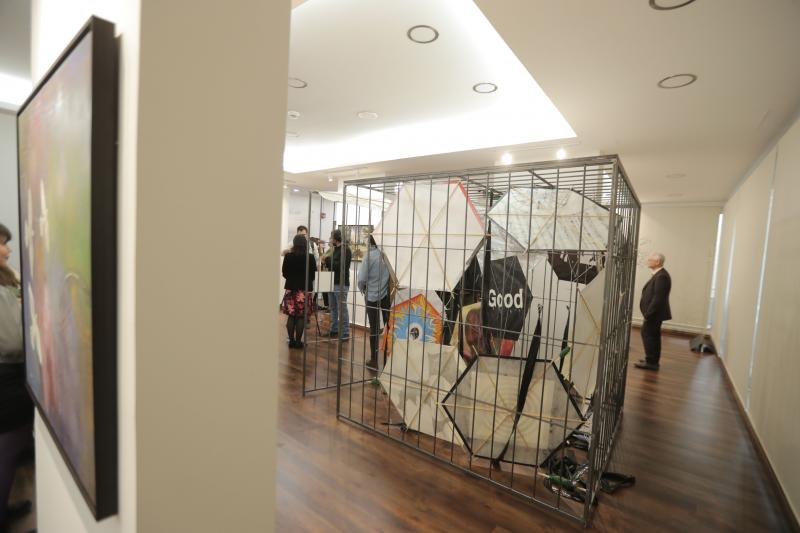 From Tunisia, Raouf Karray sent greetings to the prisoners who dug the tunnel of freedom, while Khalid Jarrar and Shadi Zaqzouq from Palestine, and Maitham Abdal from Kuwait, all reinterpreted the concept of a spoon, recasting it as an instrument of freedom not nourishment.

Ayman Baalbaki from Lebanon portrays a hooded figure in a gas mask to remind us that the oppressive prison authorities use toxic gas on prisoners.

From the Netherlands, Suzanne Groothuis, Ingrid Rollema, and Hans Overvliet, express their solidarity with the prisoners by contributing their artistic creations, as does Maria Manrique from Spain.

The Iraqi-Kurdish artist Serwan Baran and the Palestinian artist Saleh Khalil both depict the various forms of torture that have been used against Palestinian prisoners, and how these techniques have been refined and transformed over the decades.

Bashir Makhoul takes a new look at the torture endured by Palestinian prisoners with a video graphic work that involves the spectator in the ordeal.

While Manal Mahamid visualizes a freedom flower that encapsulates the hopes of prisoners, Huda Fody depicts the birds whose freedom has been denied.

Jawad Ibrahim uncovers novel uses for cloth, which the occupation forces use to blindfold the eyes of prisoners in a manner that has become all too familiar for thousands of Palestinian men and women.

Ibrahim Al Mozain reminds us of the mothers of prisoners who spend so much of their lives waiting for their children to be freed. Meanwhile, Bashar Alhroub registers the traces on the walls of al-Far'a prison in the Jordan Valley, which was evacuated after the Oslo Accords. He calls to mind what the prisoners used to write on the walls of their cells, in a prison that Palestinians named the "slaughterhouse" in reference to the unspeakable crimes committed there.

Ahed Izhiman travelled from southern to northern Palestine to witness what Palestinian prisoners see from the tiny holes in the armored prison bus, sweltering hot in summer and freezing cold in winter, which takes them from one incarceration to another, or from prison to military courts or hospitals. He photographs the Palestinian desert, the plains of Marj Bani 'Amir, and the Mediterranean coastline. 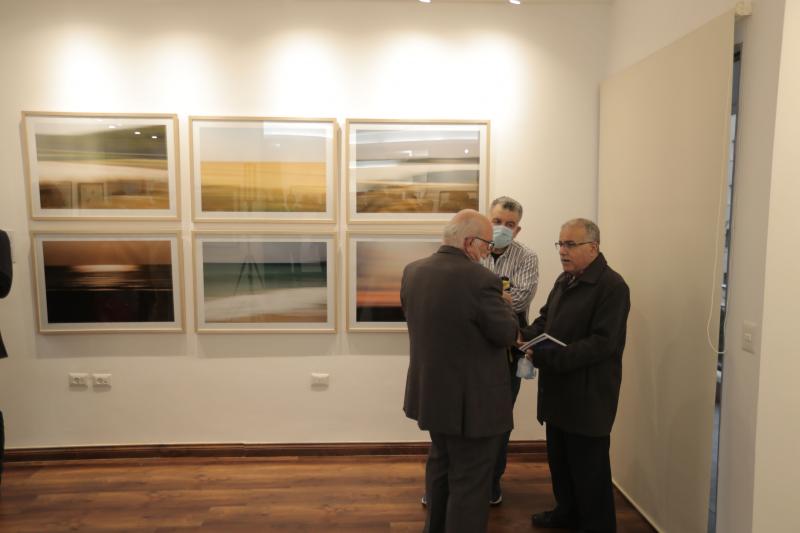 The artist Hani Zurob tackles the theme of time, restoring its value and urgency, and demonstrating the weight of time on the shoulders of prisoners, who await the hour of freedom.

Monther Jawabreh was adamant that prison should not deprive children and adolescents of their innocence, so he represented their childlike dreams, while Asma Ghanem drew Malcolm X in the same drab prisoners' garb that all Palestinian prisoners are made to wear, to remind us of the universal demand for freedom in Palestine and beyond.

Palestinian wildlife and plants have a strong presence in this exhibition. Abdul Rahman Katanani represents the olive tree and its significance in the Palestinian consciousness, while Amer Shomali illustrates the cactus plant, which the heroes of Gilboa prison relied upon in their escape. Raed Asfour represents barbed wire in detail and Mohammad Assaad Samoukan paints it diligently in his artwork, "Resistance."

Aissa Deebi represented Daoud Turki pleading before the Israeli court in Haifa in February 1972. The case was dubbed by the Hebrew press at the time as "Daoud Turki’s speech". The cruel and inhumane conditions in prison, as well as the meagre and primitive resources available, could not prevent prisoners themselves from creating artworks. Raed Salah and Amjad Ghannam both drew in their cells, while Hatem Ghraybeh used his bedcovers to create the artwork "Oil of Freedom" in al-Ramleh prison in 1978.

This collective exhibition is organized by the Institute for Palestine Studies as a salute to prisoners of freedom wherever they are. It is timed to coincide with the Day of the Palestinian Prisoner, which is celebrated annually on April 17, and was officially declared by the Palestinian National Council in 1974.

The exhibition also reflects IPS’ mission to defend liberty, justice, and human rights throughout its history, in its publications, archival collections, digital resources, and online presence.

The Institute for Palestine Studies and Dar El-Nimer also contributed to this exhibition with posters from their respective collections.

Khaled Farraj is Director General of the Institute for Palestine Studies. 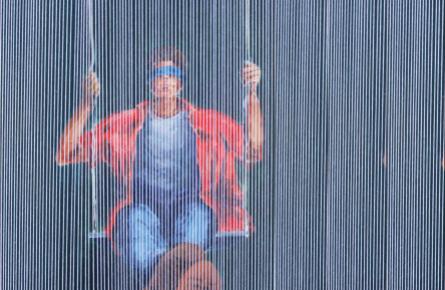