Murals in Nazareth Paint a Vision of Palestinian Resistance

Large murals depicting Palestinian revolutionaries and martyrs, such as Basel Al-Araj, Mohammad Abu Khdier, Nizar Banat, and those killed during the second Intifada in Nazareth, populate the area of Mary’s Well in the city. These walls mirror the hopes and struggles of the city’s youth and paint a vision of Palestinian resistance that cannot be ignored.

At the eruption of the Unity Intifada in May 2021, youth from the Palestinian Nazarene Movement called for a protest at Mary’s Well in solidarity with Sheikh Jarrah residents facing expulsion from their homes in Jerusalem. This was the first mobilization effort by the Movement, which was founded earlier that same year. Young Palestinians came together to grapple with questions about their role and positionality under the reality of the Israeli occupation in Nazareth. They believe that traditional political parties have failed at representing the aspirations of the Palestinian people and thus declare their independence from any affiliations. 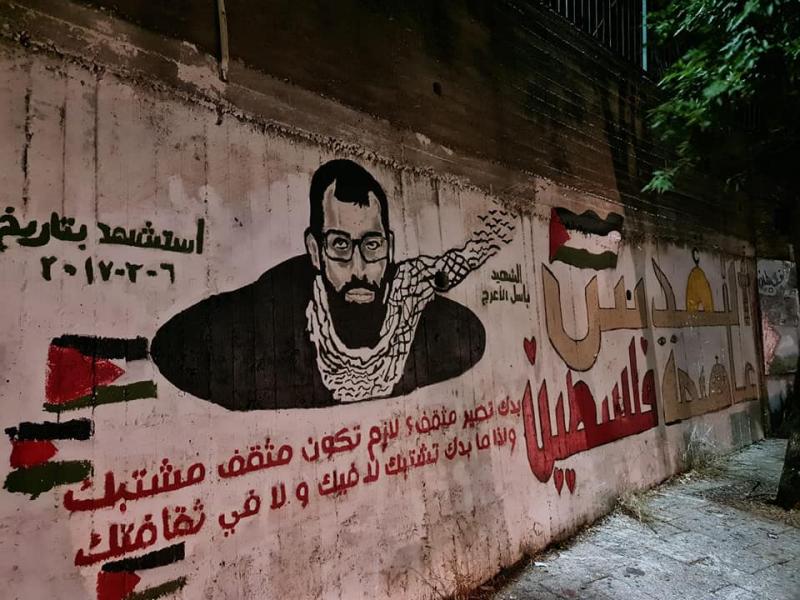 The Palestinian Nazarene Movement’s principal struggle is to reclaim ownership over their city. Nazareth is the largest Palestinian city that was conquered and occupied following the 1948 Nakba. While the city has been subjected to Israeli rule ever since, the Unity Uprising presented a striking articulation of a shared Palestinian struggle following decades of Zionist settler-colonialism and efforts to ferment fragmentation. Led by the youth, the people of Nazareth filled the streets last May in scenes of resistance holding Kuffiyehs and Palestinian flags while echoing the voice of the whole of colonized Palestine.

It did not take long for Israeli police to crack down with beatings and arbitrary arrests. Officers posing as Palestinian civilians – Mista’revim – also perpetrated assaults and kidnappings. Detained Palestinians testified about the horrific brutality inflicted on them during their arrest in the Israeli detention center in the city, where masked officers ran a ‘torture room,’ its floor covered in blood from the beatings.

Since 1948, the city has experienced ethnic cleansing while simultaneously housing Palestinians expelled from surrounding villages, such as Ma’alol, Mjidel, and Saffuriyeh. Nazareth was subsequently framed as an Israeli city with an Arab minority holding citizenship, anchoring the false Israeli narrative of democracy and so-called equality. However, the provision and nature of citizenship for Palestinians living under the Occupation, was one of domination, where the Israeli system of settler colonialism dispossessed indigenous people. 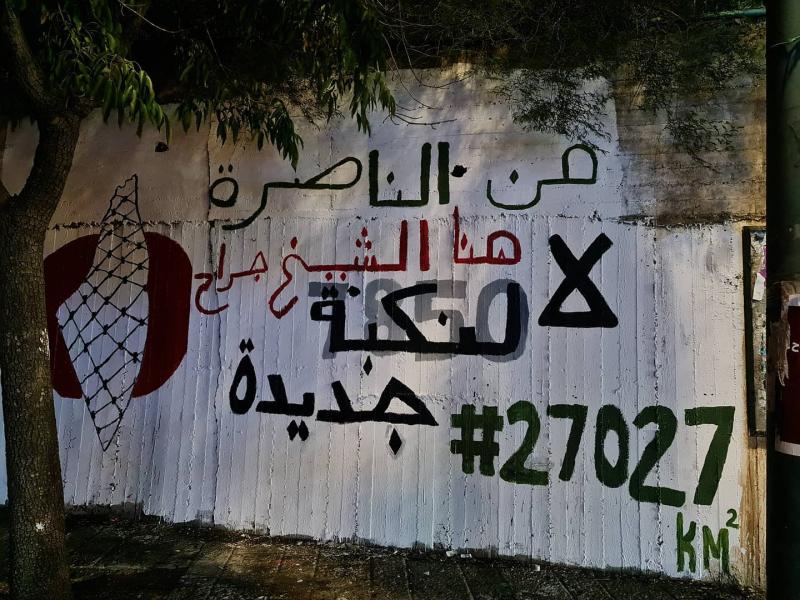 The Unity Uprising called for an end to the ongoing colonial reality of domination and dispossession endured by Palestinians wherever they live. But what does this colonial reality look like in Nazareth?

Hanaa’ Daher, 20, is currently studying in Jerusalem, it is the first city she has been to in Palestine outside of Nazareth where she grew up. She said that the physical landscape and infrastructure of colonialism is clear and unambiguous in Jerusalem: casual violence from soldiers, home invasions, frequent arrests of residents, and checkpoints ensuring obstructions to any hope of freedom.

“[In Jerusalem], you are conscious to the occupation,” Daher told Palestine Square in a phone call. “In [Nazareth], experiences are concealed and more difficult to grasp, making our struggle more complex and ideological, but every bit as existential.”

“The most dangerous of states is to be occupied and be unaware of your occupation.”

The multifaceted forms of colonial reality in Nazareth can be found in the living conditions of the residents that are rooted in decades of Israeli policies of apartheid, neglect, and de-developement. This played a significant role in perpetuating violence caused by the spread of weapons and crime which have engrossed a sense of fear. Manhal HayeK, 35, is one of the founders of the Palestinian Nazarene Movement. He said that that colonialism can be seen in the everyday burdens of people in Nazareth because there is a fear of violence.

“This fear is not coincidental, the spread of weapons and rising crime in the city is not coincidental,” Hayek told Palestine Square in a phone call. “It is born of the Zionist settler-colonial regime, with the sole aim to fragment the Palestinian people”. This is seen as a systematic tactic to distract the Palestinian community and to thwart any attempts for unity that could challenge the colonial regime from within. 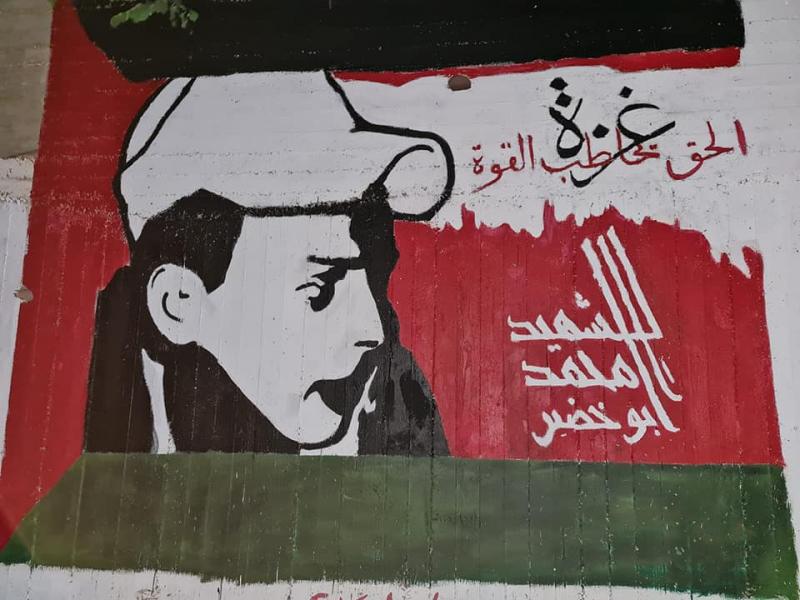 Mural of martyr Mohammad Abu Khdeir who was kidnapped and burned alive by Israelis in 2014. Photo credit: Palestinian Nazarene Movement.

One of the many ways that the Movement has attempted to resist and reclaim the city is through creative endeavors, including the painting of murals in the city center adjacent to Mary’s Well. Their first mural was painted during the May 2021 Uprising, covering walls with verses from Mahmoud Darwish’s famous poem: ‘She was called Palestine; she came to be called Palestine,’ later naming the mural Al-Karameh (Arabic for dignity). The initiative was meant to create a communal space for the youth to gather and express their lived experiences of generational struggle.

The following day, this and other murals were vandalized. The youth returned and repainted the images, but they were erased once again. The Movement called on the local municipality to investigate the perpetrators using surveillance footage and stated that if they do not do so, it will be assumed that the municipality is complicit. This back-and-forth of painting and erasing murals went on for months, as the number of people joining to repaint increased every time. Eventually, the people won, and the murals remained untouched.

While murals usually represent ruptures of political change, in Nazareth, they have epitomized the city’s steadfastness and continued fight against settler-colonialism. In a reality often defined by borders and separation, the May Uprising re-united the Palestinian people in their shared decolonial struggle, led by a fresh vision of liberation emboldened by the youth. Indeed, the murals not only became major landmarks in the city, but also continue to reassert a vision of liberation by paying tribute to those who fought for it from all fronts, whether in Nazareth or other parts of colonized Palestine. 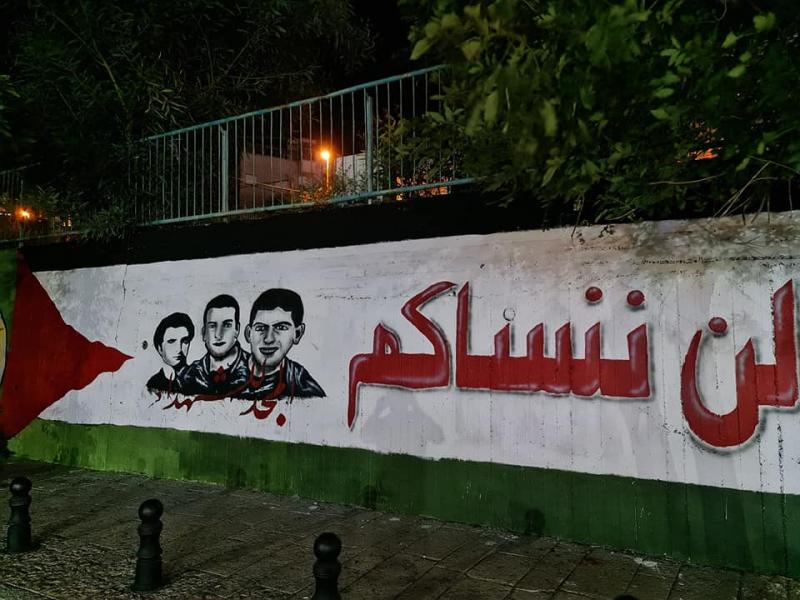 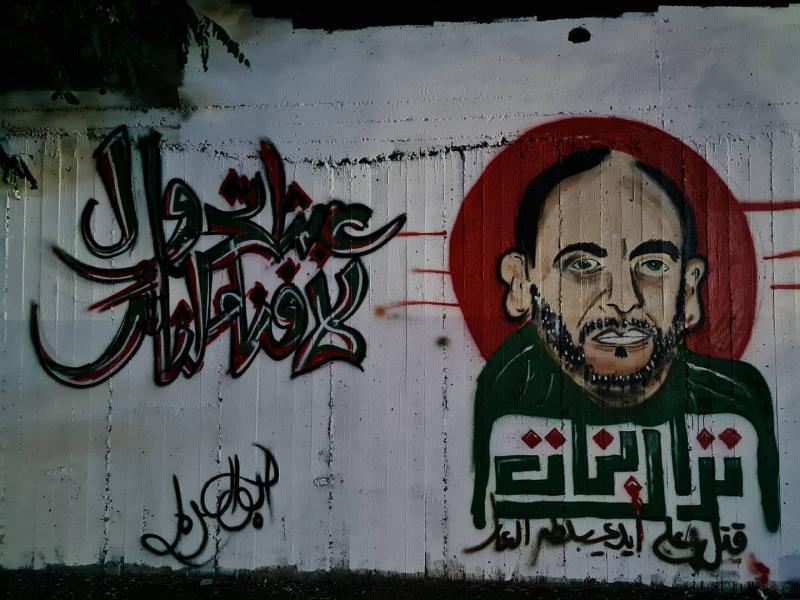 Mural on the left "we will not forget you" depicting Nazareth's martyrs during the second Intifada. Mural on the right depicting Nizar Banat who was killed by Palestinian security officers in 2021. Photo credit: Palestinian Nazarene Movement.

Haneen Kinani is a Palestinian researcher and activist. She is a University of Oxford alumna with a MSc in Refugee and Forced Migration Studies. She is currently the International Advocacy Officer for the Palestine Institute for Public Diplomacy/Rābet, where she focuses on shifting the discourse and policy on Palestine by uplifting Palestinian voices and narrative through grassroots and digital mobilization.