'According to Whose Archives?’: The Tantura Massacre and Revisionist Israeli Historiography

Tantura was a Palestinian village in the south of Haifa. Before the Nakba, it had a population of around 1,500 Palestinians. In 1948, its Palestinian residents were dispossessed and massacred by the 33rd Battalion of the Zionist Alexandroni Brigade.

The village was mostly destroyed, although a shrine, a fortress, and a few houses remain, standing idly in what is now an Israeli recreational area. There also remains a mass grave. Its dimensions are 35 meters long and four meters wide. It reportedly contains between a few dozens to more than 200 buried corpses of Palestinian men who were massacred between May 22-23 in 1948. This massacre, long documented and narrated by its Palestinian witnesses and survivors, has come under increased scrutiny within the Israeli academy and media in the last three decades. The debates around it tell us more about Israeli historiography than they do about the massacred Palestinians. They are reflective of the wider settler colonial power relations that determine who remembers, how they remember, and according to whose archives.

On January 22nd, the Israeli newspaper Haaretz published an article with testimonies from Israeli veterans admitting to the Tantura massacre. The article renewed debates surrounding the historiography of the massacre. The article references Alon Shwarz's new documentary film Tantura, which was screened twice during this year's Sundance Film Festival. In the film, we learn about a “savage [soldier] using a submachine gun at the conclusion of the battle.” Another soldier uses his pistol to kill “one Arab after another,” and another soldier puts Palestinians inside a barrel and shoots them. These Palestinians, all men, were then hurriedly buried in a mass grave, under what is now the parking lot of the popular Israeli Dor beach.

There is a notable link between Israeli arts and recreation and the dispossession of Palestinians. Forcibly depopulated Palestinian villages, such as Tantura, Al-Zeeb, and 'Ayn Hawd villages, are often turned into Israeli recreational areas and artist colonies. What Palestinians approach, remember, and relive as “scenes of dispossession,”* Israelis simply experience as leisure.

The Haaretz article corroborated the 'discovery' of the mass grave by an Israeli graduate student documented in his 1998 master’s dissertation. Israeli veterans involved in the massacre filed a lawsuit against the student, leading to the eventual disqualification of his dissertation. The dissertation stirred a public debate within Israeli historiography about the massacre. While Ilan Pappé, one of Israel’s new historians, determined that a massacre had indeed taken place in Tantura, other Israeli historians either wholeheartedly denied it or argued that “for lack of further evidence, this must remain under speculation.”

Haaretz's story and the discussions it has stirred tell us more about who has the authority to narrate than they do about the massacred Palestinians. While there is value in excavating as many details about these atrocities, the fact that these debates are almost exclusively based on new discoveries of colonial archival materials (such as the archives of the Israeli Occupation Forces) or perpetrators' testimonies, rather than Palestinian archives and testimonies of witnesses and survivors, is in and of itself a reflection of colonial power. If anything, it demonstrates that colonial archives, colonial perpetrators, and colonial academics are automatically endowed with the authority to narrate. 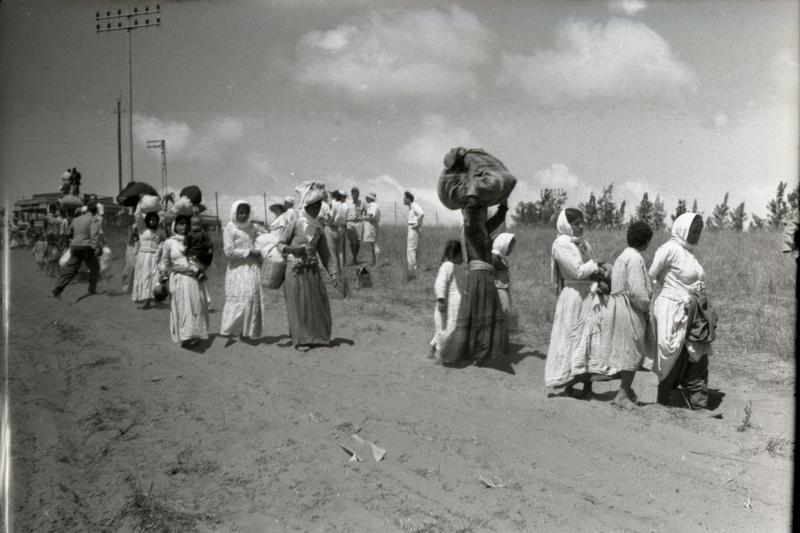 For decades, Palestinians have repeatedly told these stories. Yet, as Palestinian feminist sociologist Anaheed al-Hardan reminds us, it took the “new Israeli historians,” whose only novelty was access to colonial archives, to partially and selectively accept some of the events of the 1948 Nakba. The Israeli academy and media's “surprise” at the 'discovery' of these events are attempts to isolate and exceptionalize such findings. It is not a coincidence, then, that the author of the Haaretz article concludes with: “The Tantura affair exemplifies the difficulty that soldiers in the 1948 war had in acknowledging the bad behavior that was on display in that war: acts of murder, violence against Arab residents, expulsion and looting.” The massacre is turned into an 'affair' and is then exceptionalized as 'bad behavior.' The reader is almost compelled to sympathize with the perpetrators, who face the difficulty of acknowledging what they had committed. The systematic dispossession and murder of Palestinians, and the consequent erasure of Palestinian geographies, are reduced to exceptional events that await confirmation from Israeli perpetrators, assessment from Israeli academics, and recognition from Israeli media.

Palestine’s history and present show us many Tanturas. The Israeli settler colonial edifice continues to erase Palestinian geography and demand the expulsion and murder of Palestinians - the objective of ethnic cleansing has never changed. Testimonies by Palestinians documenting the massacre in Tantura have existed since the early 1950s. The Palestinian Muslim cleric Haj Muhammad Nimr al-Khatib, who was an active member of the Arab National Committee of Haifa, published the book 'Min Athar al-Nakba' (Consequences of the Catastrophe). His work, which includes testimonies by refugees, references the massacre in Tantura and reports cases of rape of Palestinian women by Israeli soldiers.

In the wake of the 'controversy' around the Israeli graduate student's dissertation, the Damascus-based Palestinian researcher, Mustafa al-Wali, collected horrifying and heart-wrenching testimonies from survivors of the massacre, many of whom were displaced to refugee camps in Syria. The testimonies supplemented the already-existing evidence that a massacre had in fact been committed. One of the survivors, Farid Taha Salam, recalls how “groups of men were led away one by one, and we didn't know what happened to them.” He adds: “Taha Mahmud al-Qasim was one of the ones who came back alive. He told us that a Jew had asked his group, 'Who here speaks Hebrew?' When Taha said he did, the Jew said, 'Watch how these men die and then go tell the others.' Then, they lined up the other men against a wall and shot them.” Another survivor, Sabira Abu Hanna, adds that “what happened to our village isn’t less horrible than the massacre of Dayr Yasin.”

In addition to these testimonies, there are documentaries produced by Arab and Palestinian filmmakers that focus on the atrocities in Tantura. In her documentary 'Lost Paradise,' Palestinian filmmaker Ibtisam Mara'na explores the politics of remembrance in her village of Furaydis, to where many of the women and children from Tantura had escaped following the massacre. Mara'na’s concern is with the deafening silence of her parents' generation around what happened during the Nakba, including the massacre. She says, “My father, then a 10-year-old boy, was sent to dig the graves for the Tantura villagers.” Another documentary by Lebanese filmmaker Arab Loutfi, titled 'Over their Dead Bodies: Tantura, the Forgotten Massacre' (2008), explores testimonies from al-Tantura's survivors.

These testimonies do not stir discussions within the Israeli academy or the Israeli media. If anything, they are approached as 'fragmented,' 'insufficient,' and 'biased,' as Benny Morris' account clearly suggests. It is the testimonies of the perpetrators that are taken as authoritative and ruptural—as capable of stirring a debate that can possibly establish the massacre as a contested historical fact, albeit an exceptional one. This is not surprising. As Haitian historian Michel-Rolph Trouillout reminds us, silences permeate the production of historical narratives, first in the making of sources, then of archives, then of narratives, then of history in the final instance. All of these silences are present in the Haaretz story. Sources were the testimonies of the perpetrators themselves; the colonial Israeli Occupation Forces archives were kept clean of this record; the narratives around the event vehemently denied; and now its production as a 'historical fact' is being contested and made exceptional. To write the Palestinian struggle against the backdrop of these silences becomes a historical necessity.

Hashem Abushama is a doctoral candidate in human geography at the University of Oxford's School of Geography and the Environment. His research interests lie at the intersection between urban geographies, cultural studies, and settler colonial studies. He has published articles in the Jerusalem Quarterly journal, Refuge journal, and Jadaliyya.