Event | On December 12, 1921, the British High Commissioner, Herbert Samuel, promulgated the regulations governing the Supreme Moslem Sharia Council. The following year he appointed Muhammad Amin al-Husseini as president of the council, a position al-Husseini continued to hold until 1937, when the mandate authorities decided to remove him from office and prosecute him for taking part in the Great Palestinian Rebellion. The council managed religious endowments and properties, the Islamic courts, and religious institutes, and was responsible for appointing mosque preachers. It played an important role in protecting Arab-owned real estate and preventing it from falling into the hands of Jewish organizations.

Read about the Regulation Concerning the Supreme Moslem Sharia Council on the Palestinian Timeline. 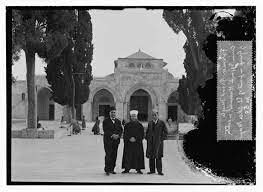