Qatar Fund for Development (QFFD) has renewed a grant agreement in support of projects by the Institute for Palestine Studies (IPS) for another three years. This grant supports the Institute in its mission to  inform Arab and international public opinion on the reality and dimensions of the Palestinian struggle. The agreement supports the Institute’s research and publication work in the fields of land rights, society, identity and advocacy. 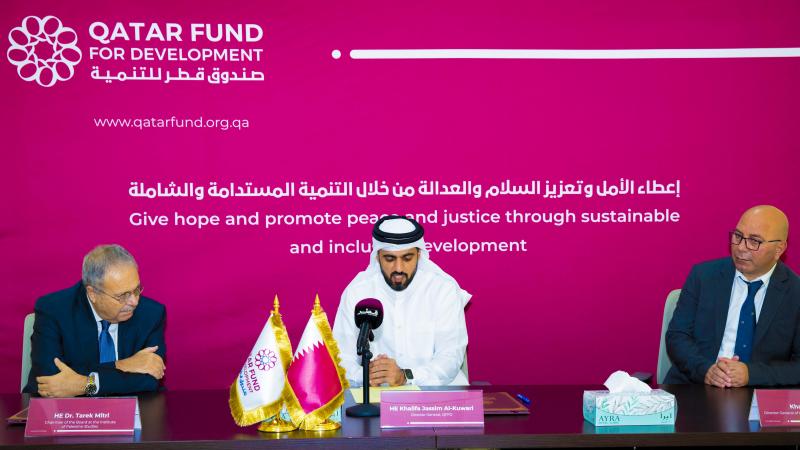 In his speech, His Excellency Mr. Khalifa Al Kuwari, Director General of Qatar Fund for Development, said: “We sought to support the educational system and enhance educational opportunities for Palestinians inside and abroad, in order to allow them to contribute effectively to the development of their country and to overcome present and future economic and social challenges, especially under the difficult circumstances that the Palestinian people are going through.”

His Excellency added: "With this in mind, we are pleased to announce today a new grant of $3 million providing support to the Institute for Palestine Studies for an additional three years. The State of Qatar was keen to support the Institute in its research, publishing and media activities since 1996 to enhance its efforts in ensuring the dissemination of awareness and knowledge capacity building on the Palestinian issue, especially among the younger generations."

Dr. Tariq Mitri, Chairman of the Board of Trustees of the Institute for Palestine Studies, stated that the support provided by Qatar Fund for Development continues five years after the first grant. It is vital support that helps the institutioncarry out its mission and assume its responsibility in serving the cause of Palestine in terms of scientific research, publications and awareness.

Mitri praised the efforts of the Qatar Fund for Development and its contribution to strengthening the capacities of Arab and Palestinian institutions, including our institution, which has been playing its role without interruption since its founding in 1963, in addition to the Fund’s contribution in promoting scientific knowledge and addressing the world in a language that combines rigor and moral and commitment.

In turn, the Director General of IPS, Mr. Khaled Farraj, stressed that this support reflects a Strategic Partnership between IPS and the Foundation, preserving the pioneering role played by the Institute in the field of scientific research, publishing and documentation. 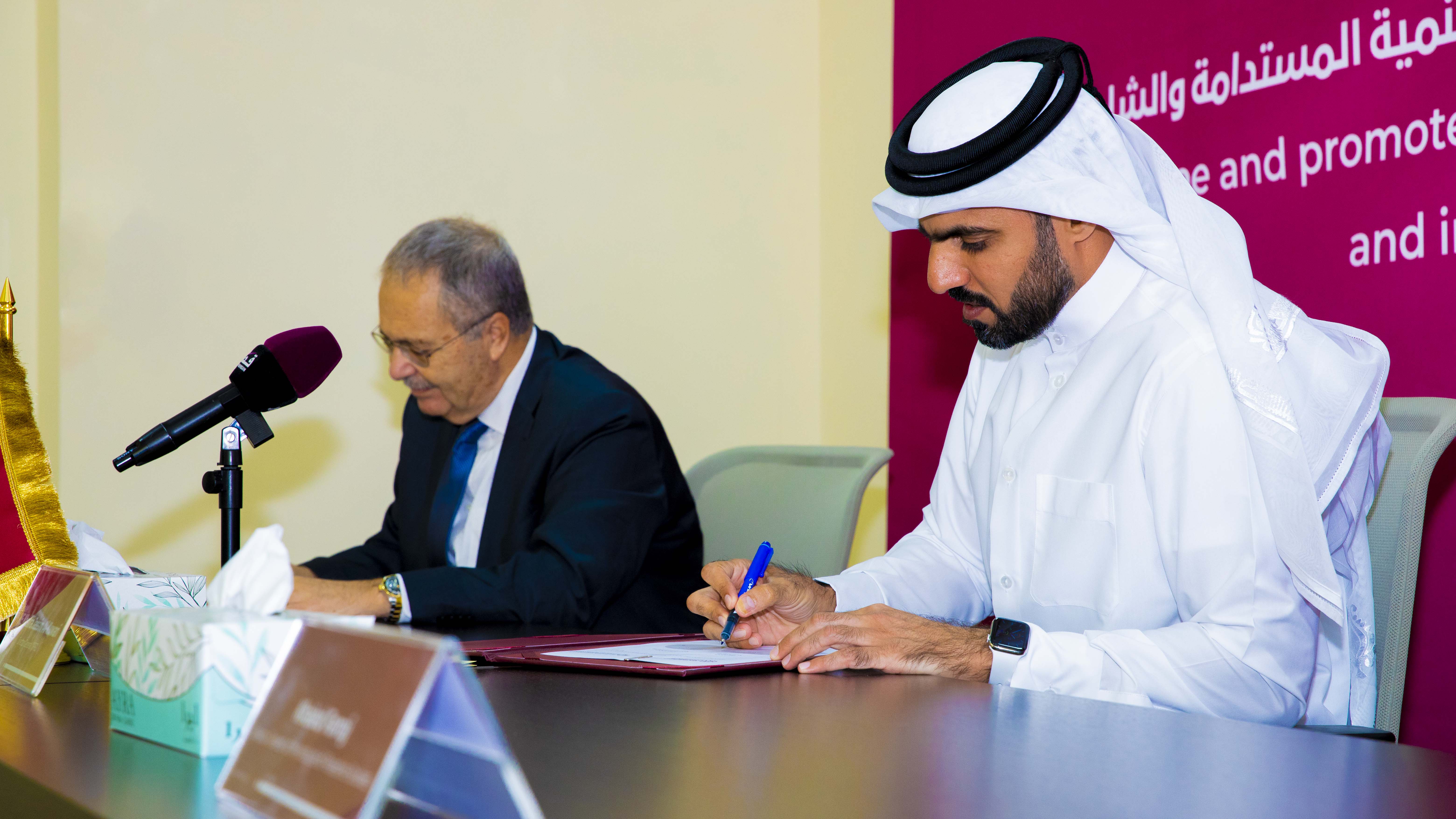