Looking for Light in Gaza, A Photographer’s Vision

Mohamed Abusal is a multimedia artist who lives and works in Gaza. When I reached out to Abusal to discuss his photographs, he quickly wrote back with the promise to respond tomorrow, as “we don’t have Internet all day.”

I was looking at images from Abusal’s series of photographs titled “Shambar” when I received his message. The word “Shambar” refers to a type of kerosene alternative for fuel. The series documents alternative sources of light that Gazans have resorted to using since Israel bombed their only electrical station in 2006. Abusal writes that electrical distribution in Gaza “began to resemble a chessboard” after the bombing, and people moved into the pockets of the region where power was still available. When it became clear that the power crisis would not be temporary, Gazans were forced to come up with solutions to acquire this new luxury: light.

It can be difficult to envision what “four hours of electricity a day” might actually mean in daily life. Through his meticulous recording of the various kinds of generators Gazans use in response to these restrictions, Abusal refracts the light, allowing the reality of the situation to dawn on us. Food; study; play; work; washing your hands; these mundane activities demand ingenious solutions in Gaza. From tunnel networks to electrical generators to solar panels, Gazans have had to find ways to find the light. Thus images in  “Shambar” are captioned: 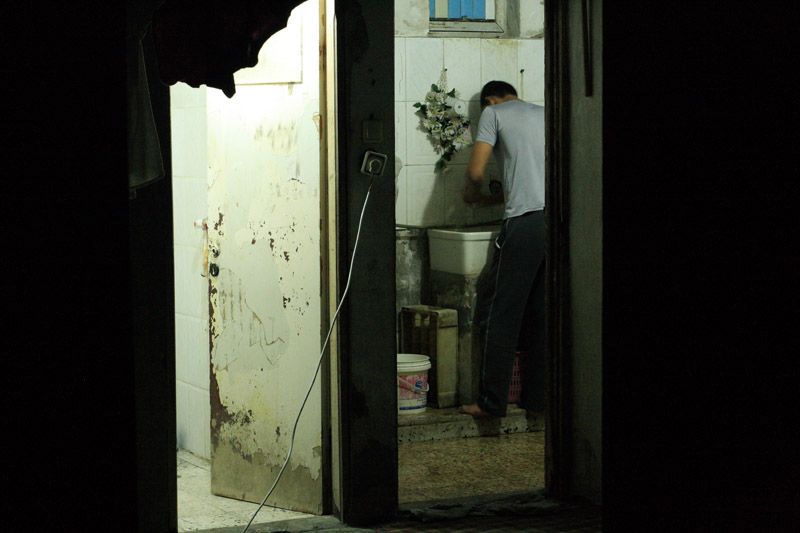 “Al Bureij, block 9 / Cable from a small generator, kept at a distance to reduce noise.” 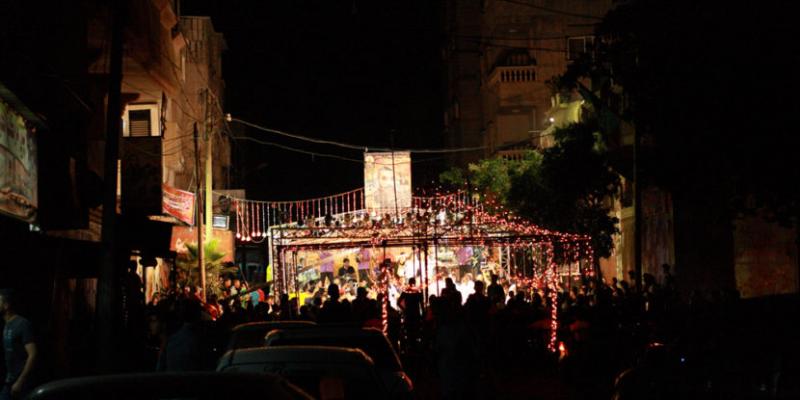 "Al Awad’s Wedding” / Big Greaves generator (50 KVA). The loud sounds from the wedding surpass that of the generator.” 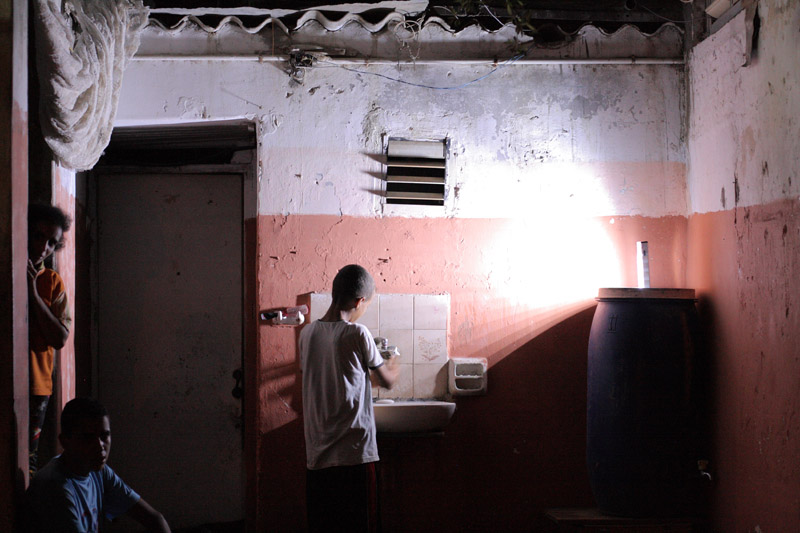 As we might infer from the captions, these solutions harbor their own problems. The cheap electric generators fill Gaza with “a deafening motor sound, forcing people to speak more loudly,” and petrol, smuggled through tunnels,- creates severe environmental hazards, leaving the city “covered by a toxic black cloud.” Abusal’s photographs display, with a tender poignancy, and a haunting beauty, this difficult balance, this enforced resilience.

The balance of light and dark encapsulated in the photos themselves mimic the uneasy balance of life in Gaza. In each photograph the calm stillness evoked by Abusal’s soft lens is disrupted by an exposed wire or bulky generator.

The UN recently declared Gaza “hell” for children; Abusal’s photos show us heaven in a carton of oranges, a laundry basket. It’s humorous and a testament to our natural inclination to aestheticize life - even when the world is hell, we must decorate hell to make it bearable. This might not be Abusal’s thesis, but it is present in the photos nonetheless. In all his images there are spots of color amongst the concrete and the rubble. His photos show us a better world already apparent in the everyday rituals of the people who must continue their lives despite the brutality of Occupation. .

With “Metro in Gaza,” Abusal imagines a metro system existing in the network of trade tunnels between Rafah and Sinai. The infamous tunnel network, dubbed the “terrorist tunnels” by Israeli propaganda, originated in response to the blockade of Gaza. They have been used to transport livestock, essential goods, aid, people, and petrol - all blocked at the whim of the Apartheid state. Abusal’s project takes the grim necessity of these tunnels and envisions their utilitarian transformation. In addition to rendering digital photographs that replace the bare tunnels with functioning metros, the artist also erects glowing “M” signs around the city of Gaza, replicating what a traditional subway system might look like.

The process of creating “Metro” as an installation was itself fraught with hindrances. Abbusal describes how he hesitated to install the piece after being warned that Israeli surveillance teams might mistake his “Metro” pole for a rocket to be launched onto nearby settlements. The consequences for this would be dire, beyond that of your typical artistic censorship: the Israeli army might bomb Gaza in response. 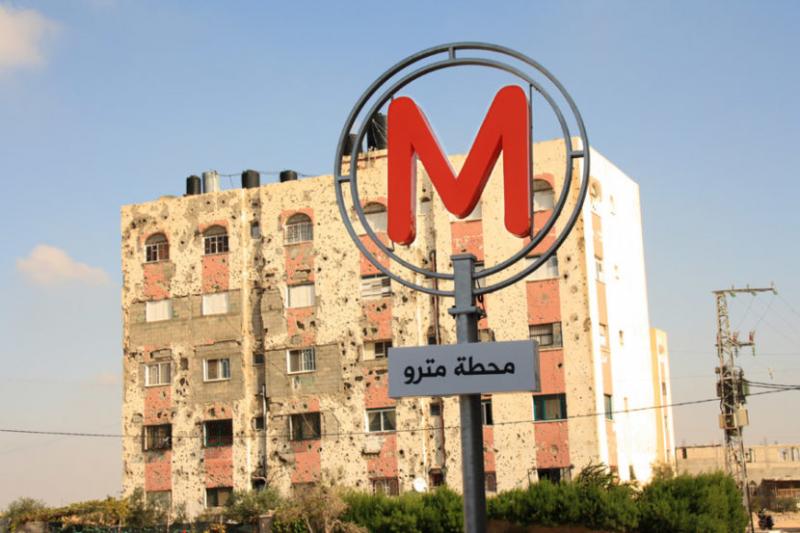 From the photo series "a Metro in Gaza"

“Metro” reminds me of Larissa Sansour’s short film “Nation Estate,” which proposes a more dystopic solution for Palestinian statehood, where all of Palestine might be condensed into a high rise with each city housed on one floor. Abusal’s work functions on the same innovative plane, only on the opposite end: his imagined future is not contracted but expanded, horizontal instead of vertical. And Abusal's dream is practical: he lists all the possible routes that could connect citizens within Gaza and outside, including, “in the event that the airport is rebuilt…line number 7.”

Abusal writes that people have lost hope in “false promises,” and “instead trust what they have: Shambar, lanterns, generators and batteries.” So when former military chief Benny Gantz said, of the recent bombardment of Gaza: “Only when we achieve complete quiet can we talk about calm,” - the sinister phrase “complete quiet” suggesting a deathly, genocidal stillness - we might imagine Abusal’s generators roaring in response.

Mohamed Abusal's photography is featured on his website here.

Laila Qaddumi is a Palestinian writer based in New York. She was born in Kuwait. She received her MA in Comparative Literature at Columbia University.