Document | On May 16, 1916, the British and French governments reached a secret agreement to define their mutually agreed spheres of influence and control in an eventual partition of the Ottoman Empire. Known as the "Sykes-Picot Agreement," it came due to secret negotiations between Britain's representative Marc Sykes and George Picot, France's representative. Arabs did not know anything about this agreement until the Russian Bolshevik government published its texts in November 1917.

Below, we publish the map agreed upon by the representatives of the two governments from the Palestinian Timeline. 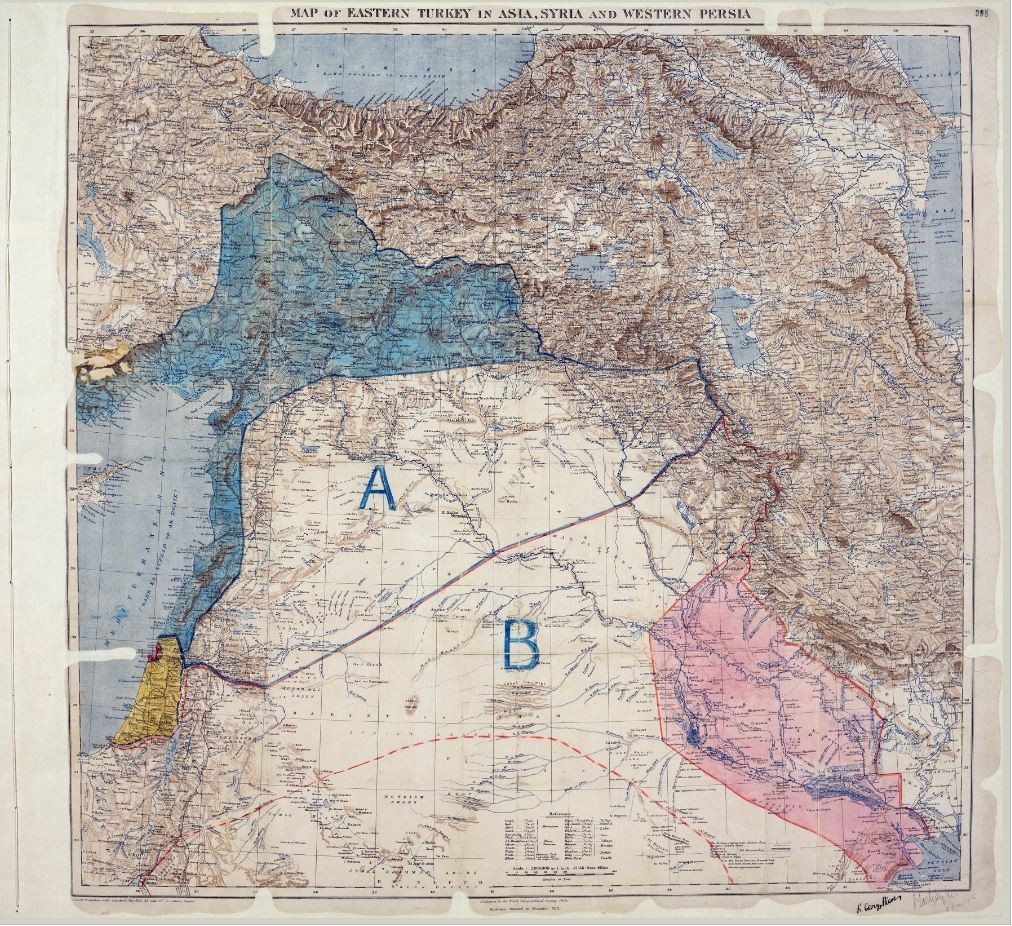