Event | After the end of the Second World War, the British government resumed its efforts to reach a solution to the question of Palestine. In November 1945 it called for the formation of an Anglo-American committee to examine the situation of the Jews in Europe and discuss the problem of Palestine. The committee, established in March 1946, visited Palestine and met with representatives of the Arab Higher Committee. On April 30, 1946, it issued its report, which called for permitting the immigration of 100,000 Jews to Palestine, and for retaining the British mandate, pending its replacement by a UN trusteeship.

Read more about the Anglo-American Committee of Inquiry on the Palestinian Timeline. 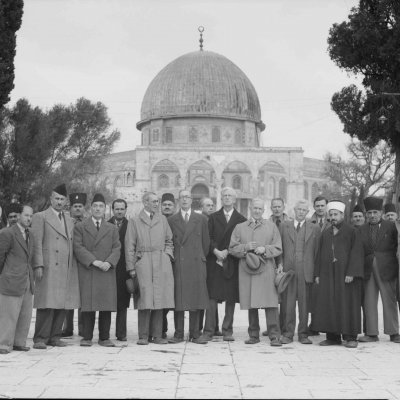