Biography | His leadership received unanimous support by Palestinians, because he was rose above familial and partisan disputes. He was chosen as the chairman of the Arab Executive Committee that emerged from the Third Palestinian National Congress in December 1920, which represented the starting point for the Palestinian national movement following its  separation from the Arab National Movement in Damascus. He remained the chairman of the committee until he passed away in 1934, after being wounded by the police while participating in a demonstration against the British Mandate in Jaffa in October 1933.

Learn more about Musa Kazim Husseini by reading his biography on the Palestinian Timeline. 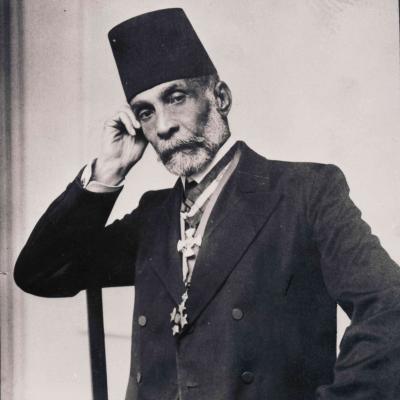