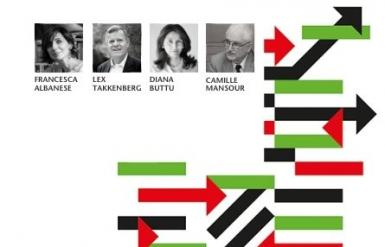 The Palestinian refugee question, resulting from the events surrounding the birth of the State of Israel seventy years ago, remains one of the largest and most protracted refugee crises of the post-Second World War era. Numbering over six million in the Near East alone, Palestinian refugee's status varies considerably according to the state or territory 'hosting' them, the UN agency assisting them, and political circumstances surrounding the Israeli-Palestinian conflict these refugees are naturally associated with. Despite being foundational to both the experience of the Palestinian refugees and the resolution to their plight, international law is often sidelined in political discussions concerning their fate.

Francesca Albanese's and Lex Takkenberg's new book Palestinian Refugees in International Law offers a clear and comprehensive analysis of the Palestinian refugee question in light of various areas of international law, shedding light on: the distinctive regime set up for them, their status and rights (as refugees, often stateless persons, protected at times of war and internal displacement) but also their actual treatment in about fifty countries. It ultimately probes the relevance of international norms to the provision of international protection for Palestinian refugees and their quest for durable solutions.

Francesca P. Albanese (author): is an Italian lawyer specialized in human rights and refugee issues in the Arab world. She is a Research Affiliate at the Institute for the Study of International Migration (ISIM), Georgetown University. In the Arab region, she has worked with the UN Relief and Works Agency for Palestine Refugees in the Near East, the Office of the High Commissioner for Human Rights and a number of NGOs. Albanese holds degrees from Pisa University (LL.B) and SOAS University (LL.M), and is currently pursuing a PhD in International Refugee Law at the Law School of the University of Amsterdam.

Dr. Lex Takkenberg (author): has worked with UNRWA, the UN agency for Palestinian refugees, from 1989 until late 2019 and is currently a freelance lecturer and consultant. He is the former Chief of the UNRWA Ethics Office. Prior to that, he held positions including UNRWA's General Counsel, (agency-wide) Director of Operations, and (Deputy) Field Director in Gaza and Syria. Before joining UNRWA, he was the Legal Officer of the Dutch Refugee Council for six years. A law graduate from the University of Amsterdam, he obtained a Doctorate in International Law from the University of Nijmegen, the Netherlands.

Diana Buttu (discussant): is a Haifa-based Palestinian lawyer who formerly served as a legal advisor to the Palestinian negotiating team. She holds degrees from the University of Toronto, Stanford University and Queen’s University. She was a fellow at the Harvard Law School and Kennedy School.

Camille Mansour (moderator): is secretary-general of the Board of Trustees, Institute for Palestine Studies, and chief-editor of the Interactive Timeline of the Palestine Question, a joint IPS-Palestinian Museum project. He was professor of international relations and Middle East Politics at Paris University from 1984 to 2004. He also taught at Birzeit University where he founded and headed the Institute of Law (1994-2000) and was the dean of its Faculty of Law and Public Administration (2007-2009). 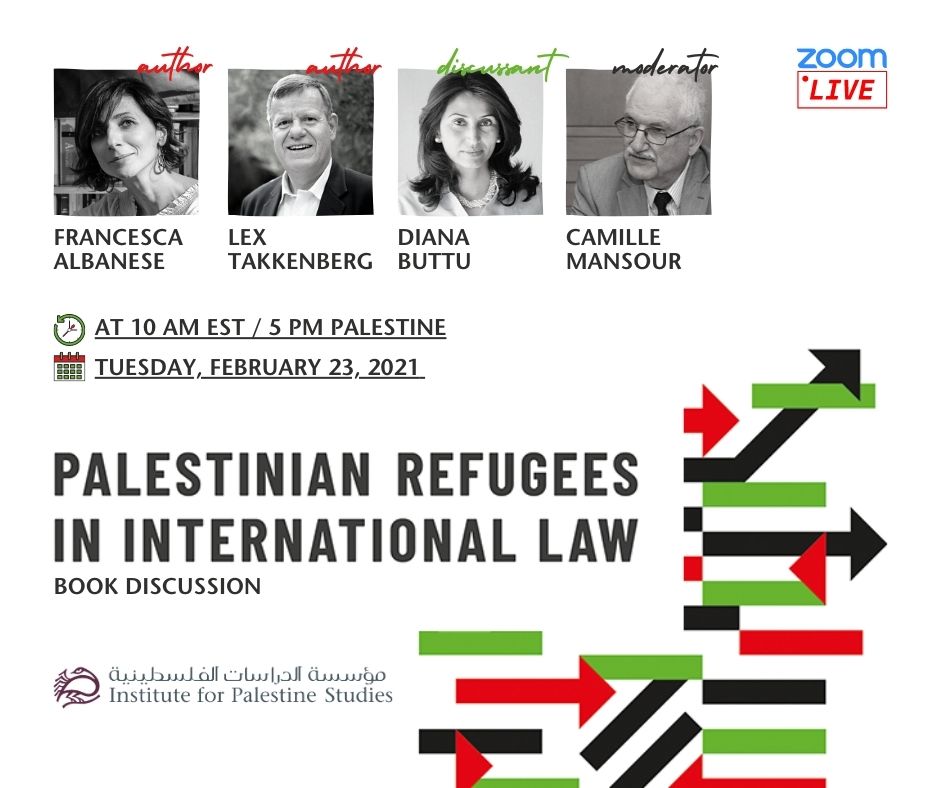