"Along the Wings of a Tornado": The Aerial Aesthetics of Frank Hurley in Palestine

news type:
From Our Journals
"Along the Wings of a Tornado": The Aerial Aesthetics of Frank Hurley in Palestine
Date:
July 27, 2020
Author:
IPS Ramallah

In 1917 the Australian photographer Frank Hurley, renowned in Australia and Europe as an aesthete for his theatrical photographs of Antarctica, was commissioned as Australia's official First World War photographer. His tour encompassed France, Belgium, and finally Palestine where he, more concerned with visual experimentation than historical documentary, experimented first with color and then aerial photography. Hurley occupied a contested role on the battlefield as an artist engaged in wartime. His blending of artistic techniques with military technologies during the Palestine campaign, at the dawn of aerial imaging, represented a significant moment in the history of photography, and lays bare many of the ethical complexities that concern contemporary aerial images that are synonymous with power and control. 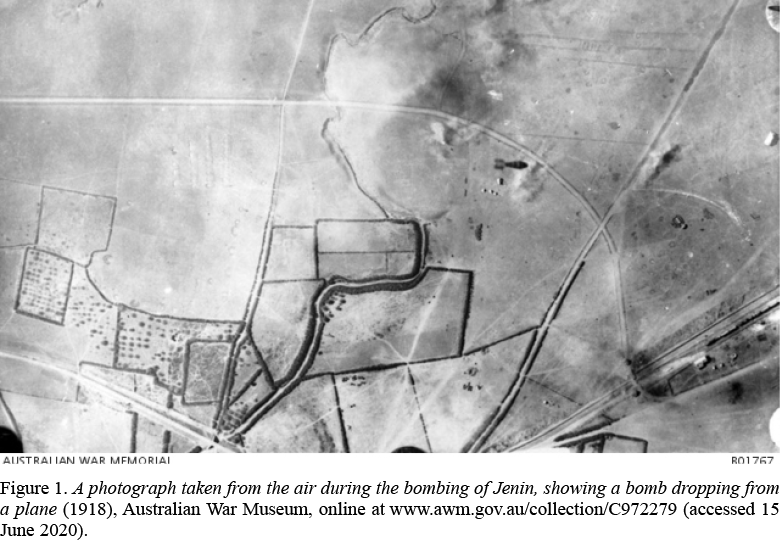