Jerusalem and the Trump Administration: Transforming the Status Quo 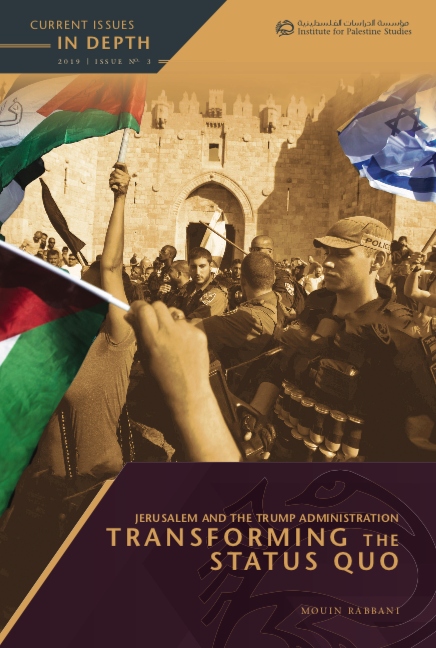 This installment covers the historical and political background of the status of Jerusalem. It places the Trump administration's decision to move the US Embassy to Jerusalem and its de-facto recognition of Israeli sovereignty in its proper context. The author demonstrates the rupture this decision created, not only with the international consensus on Jerusalem, but also with long-standing US policy and practice. He concludes by highlighting the actual and potential consequences of the US administration's decision on Jerusalem.

Mouin Rabbani joined IPS as Senior Fellow in 2008. He is an independent analyst, commentator and researcher specializing in Palestinian affairs, the Arab-Israeli conflict, and the contemporary Middle East. He is Co-Editor of Jadaliyya, Contributing Editor of Middle East Report, Associate Fellow with the European Council on Foreign Relations, and Policy Advisor to Al-Shabaka —The Palestinian Policy Network. A graduate of Tufts University and Georgetown University’s Center for Contemporary Arab Studies, Rabbani has published, presented and commented widely on Middle East issues, including for most major print, television and digital media.