Palestine at the UN: The PLO and UNRWA in the 1970s

This article examines the relationship of the Palestine Liberation Organization (PLO) to the United Nations Relief and Works Agency for Palestine Refugees in the Near East (UNRWA) during the 1970s, the period when the PLO reached the zenith of its power in Palestinian refugee camps throughout the Levant. Based on archival United Nations (UN) and UNRWA documents, as well as the PLO's own communications and publications, the article argues that the organization approached its relationship with UNRWA as part of a broader strategy to gain international legitimacy at the UN. That approach resulted in a complex set of tensions, specifically over which of the two institutions truly served and represented Palestinian refugees. In exploring these tensions, this article also demonstrates how the “question of Palestine” was in many ways an international issue.

Related Article
Palestine at the UN: The PLO and UNRWA in the 1970s
Anne Irfan
Journal of Palestine Studies
Vol. 49 No. 2,
Winter
2020
Articles
news Image: 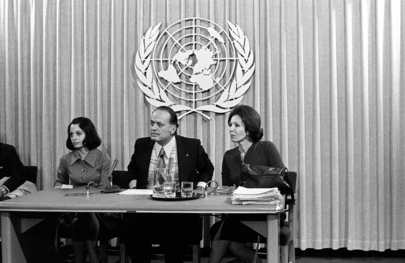