Incarcerated Childhood and the Politics of Unchilding 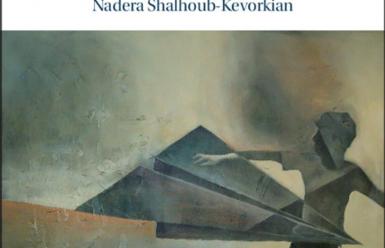 You can find the electronic copy of the book HERE

Prof. Nadera Shalhoub-Kevorkian: is the Lawrence D. Biele Chair in Law at the Faculty of Law-Institute of Criminology and the School of Social Work and Public Welfare at the Hebrew University of Jerusalem and the Global Chair in Law-Queen Mary University of London. Her research focusses on trauma, state crimes and criminology, surveillance, gender violence, law and society. She studies the crime of femicide and other forms of gender-based violence, violence against children in conflict-ridden areas, crimes of abuse of power in settler-colonial contexts, surveillance, securitisation and social control.

Shalhoub-Kevorkian is the author of numerous books, among them Militarization and Violence against Women in Conflict Zones in the Middle East: A Palestinian Case Study, published by Cambridge University Press in 2009; and Security Theology, Surveillance and the Politics of Fear, published by Cambridge University Press in 2015. She just published a new book examining Palestinian childhood entitled Incarcerated Childhood and the Politics of Unchilding and co-edited a book entitled Understanding Campus-Community Partnerships in Conflict Zones. She is also currently co-editing two books on the sacralisation of politics and its effect on human suffering, and Islam and gender-based violence.

She has published articles in multidisciplinary journals including British Journal of Criminology, Feminist Studies, Ethnic and Racial Studies, State Crime, Violence Against Women, Social Science and Medicine, Signs, Law & Society Review and International Journal of Applied Psychoanalytic Studies.As a resident of the old city of Jerusalem, Shalhoub-Kevorkian is a prominent local activist. She engages in direct action and critical dialogue to end the inscription of power over the lives and autonomy of Palestinian women and children.