A Survey of Palestine, Volume I. and II. and Supplement 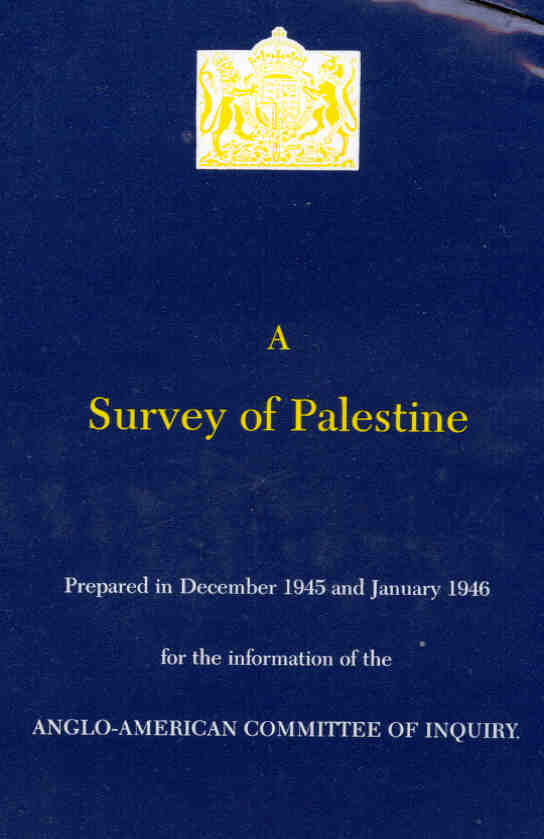 Reproduced here is the fascimile of Volume I of a massive report prepared in December 1945 and January 1946 by the British Mandatory government of Palestine for the Anglo-American Committee of Inquiry, and published by the Government Printer, Jerusalem, 1946-1947. This comprehensive, well-organized, easy to use, indispensable research tool on the Mandatory provides detailed descriptions and statistical data covering virtually every aspect of life in Palestine during the entire sweep of 25-year Mandate period, up to the eve of the UN parition resolution in 1947.

Volume I covers: population and immigration, land ownership and land tenure systems, and agriculture and industry.

The supplement was compiled by the British Mandatory Government in 1947 for the United Nations Special Committee on Palestine (UNSCOP). The supplement was designed to update and fill in the gaps in the Survey.