From Haven to Conquest: Readings in Zionism and the Palestine Problem until 1948 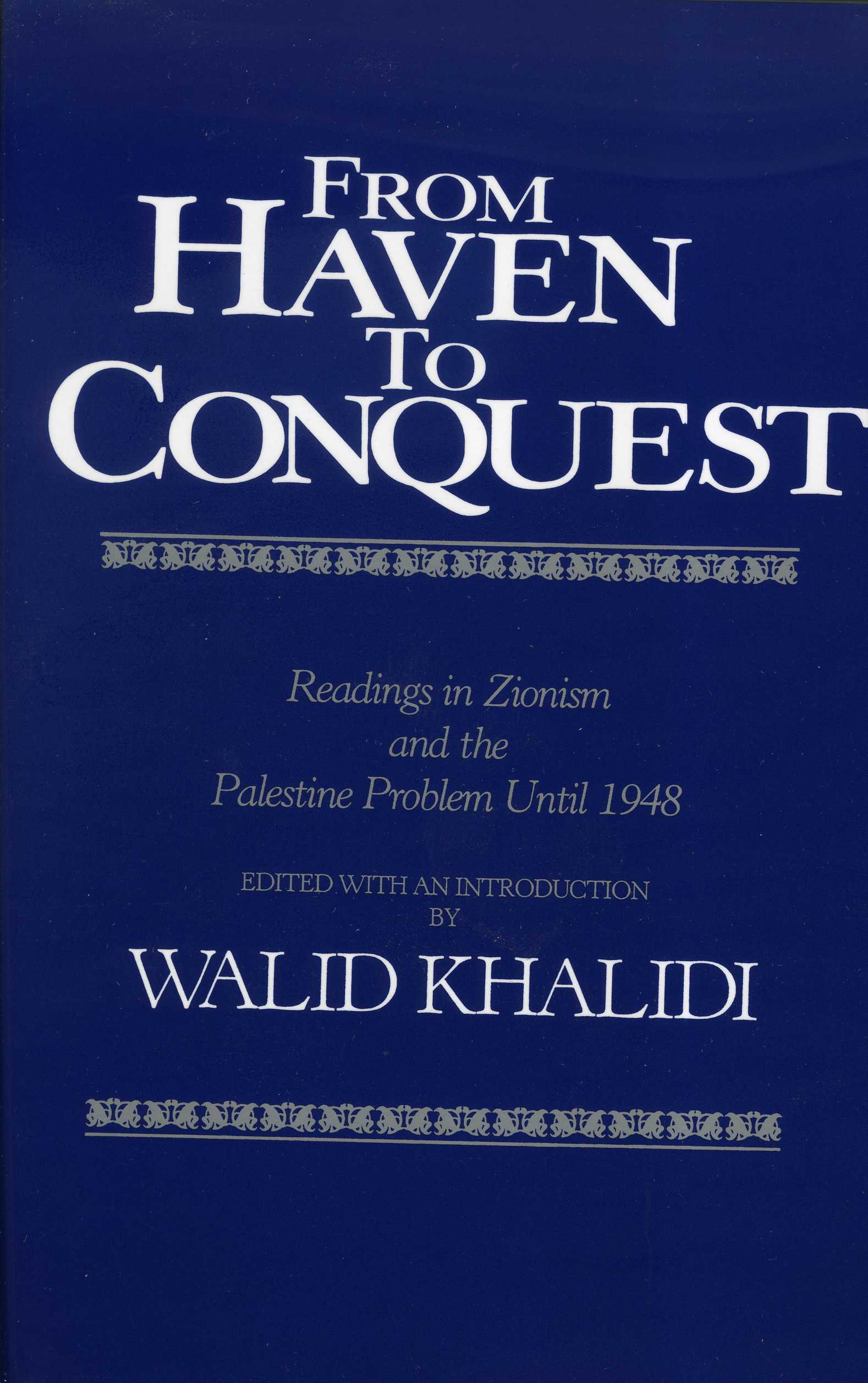 Anthology of reprinted articles and book chapters with an introduction and appendices.

Now a classic in its field, From Haven to Conquest is a unique ‎ compendium of difficult-to-obtain or out-of-print material on ‎Zionism and the history of Palestine from ancient times until 1948. Eighty documents ‎ and first-hand accounts are supplemented by 30 pages of ‎ appendices providing detailed demographic and military statistics. ‎ The late historian Albert Hourani called Professor Khalidi's 80-‎page introduction "the best description and explanation known to ‎me of the way in which the indigenous inhabitants of the country ‎were gradually and inexorably displaced."