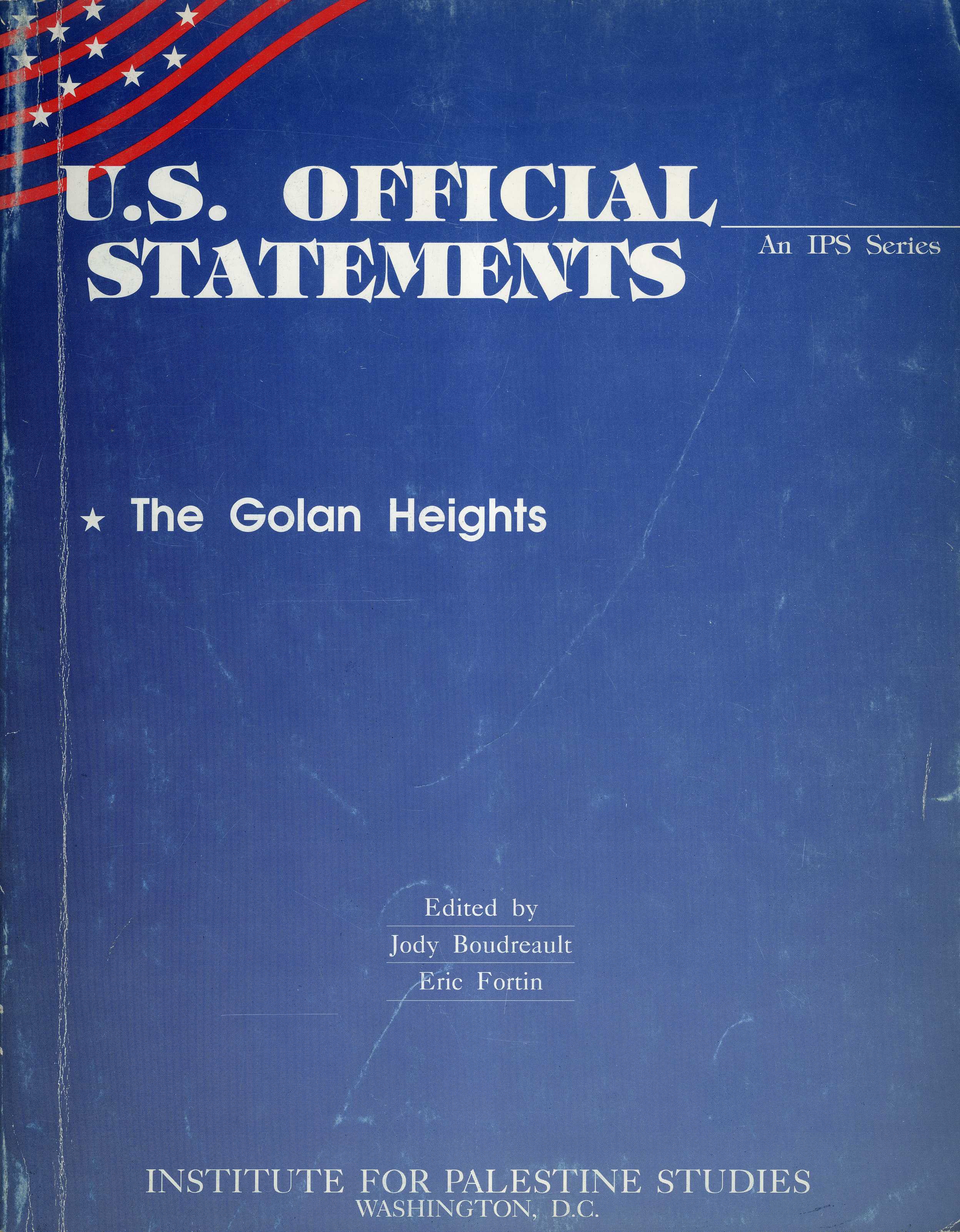 This book contains official statements by U.S. State Department, White House and United Nations personnel concerning the status of the Golan Heights. The statements are arranged chronologically in two sections. The first section contains statements issued prior to the 1967 Israeli occupation of the Golan Heights. The second section contains statements from June 1967 to the present, regarding occupation issues. Among the Appendices is a list of U.N. General Assembly and Security Council resolutions referring to the Golan for which the U.S. either voted in favor or abstained.