Before Their Diaspora: A Photographic History of the Palestinians 1876-1948 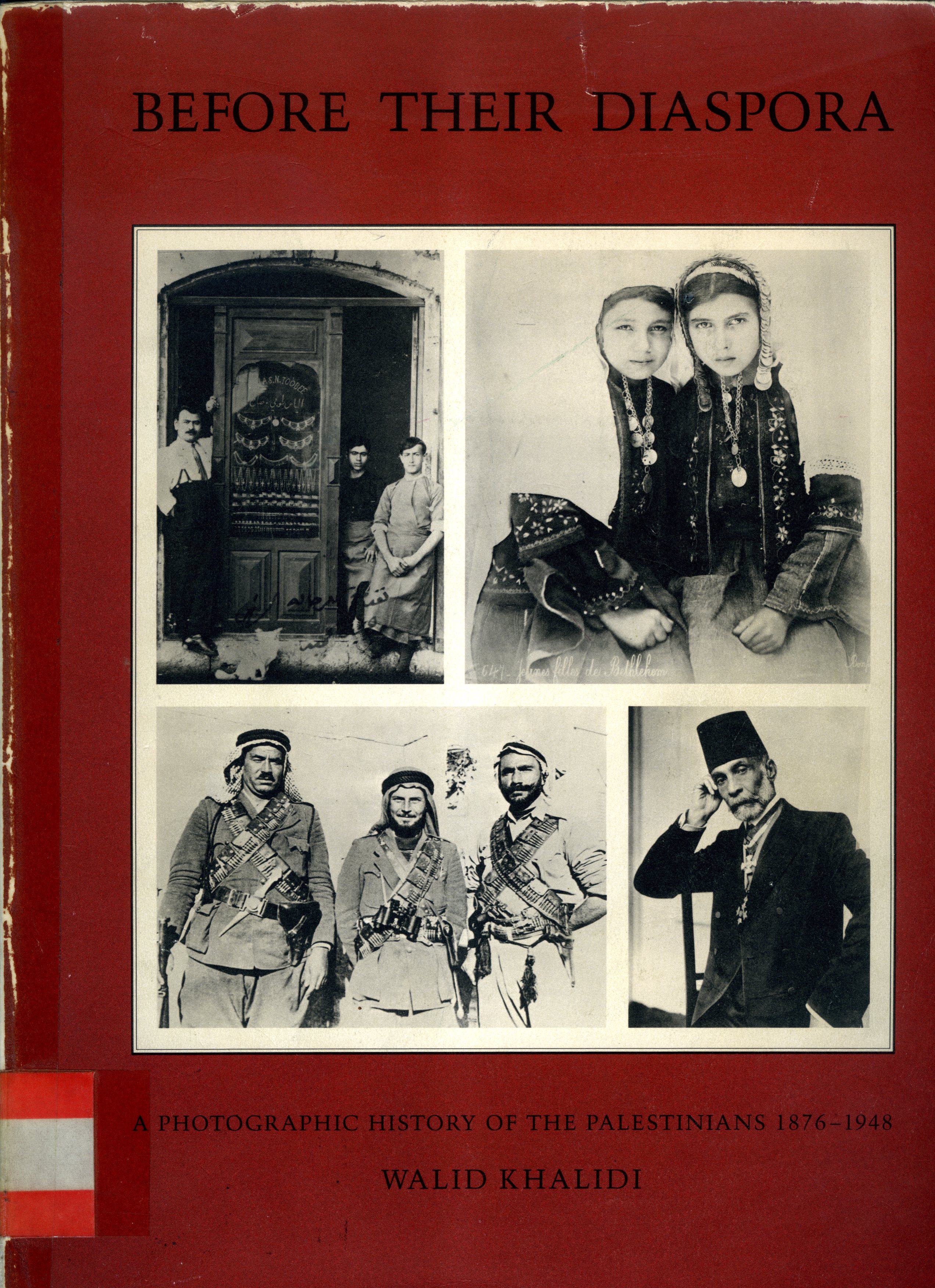 Before Their Diaspora is a visual journey into Palestine before 1948. Every important aspect of Palestinian society comes to life in the nearly 500 photographs, carefully selected from thousands available in private and public collections throughout the world. Descriptive, analytical texts, introduce each of the five historical periods into which the book is divided. Carefully researched, captions identify the time, place, personalities and context of each photograph.

Watch a short video about this classic book:

Born in Jerusalem, Walid Khalidi was educated at the University of London and Oxford University.  He taught at Oxford, the American University of Beirut, and Harvard.  Khalidi is a cofounder of the Institute for Palestine Studies (IPS, Beirut), of which he was general secretary until recently.  He is a Fellow of the American Academy of Arts and Sciences and a cofounder of the Royal Scientific Society, Amman.  He currently serves as President of the Institute for Palestine Studies (IPSUS, Washington, DC).