One Hundred Years of the Balfour Declaration: The Invariable and the Changeable in The Colonial Project towards Palestine 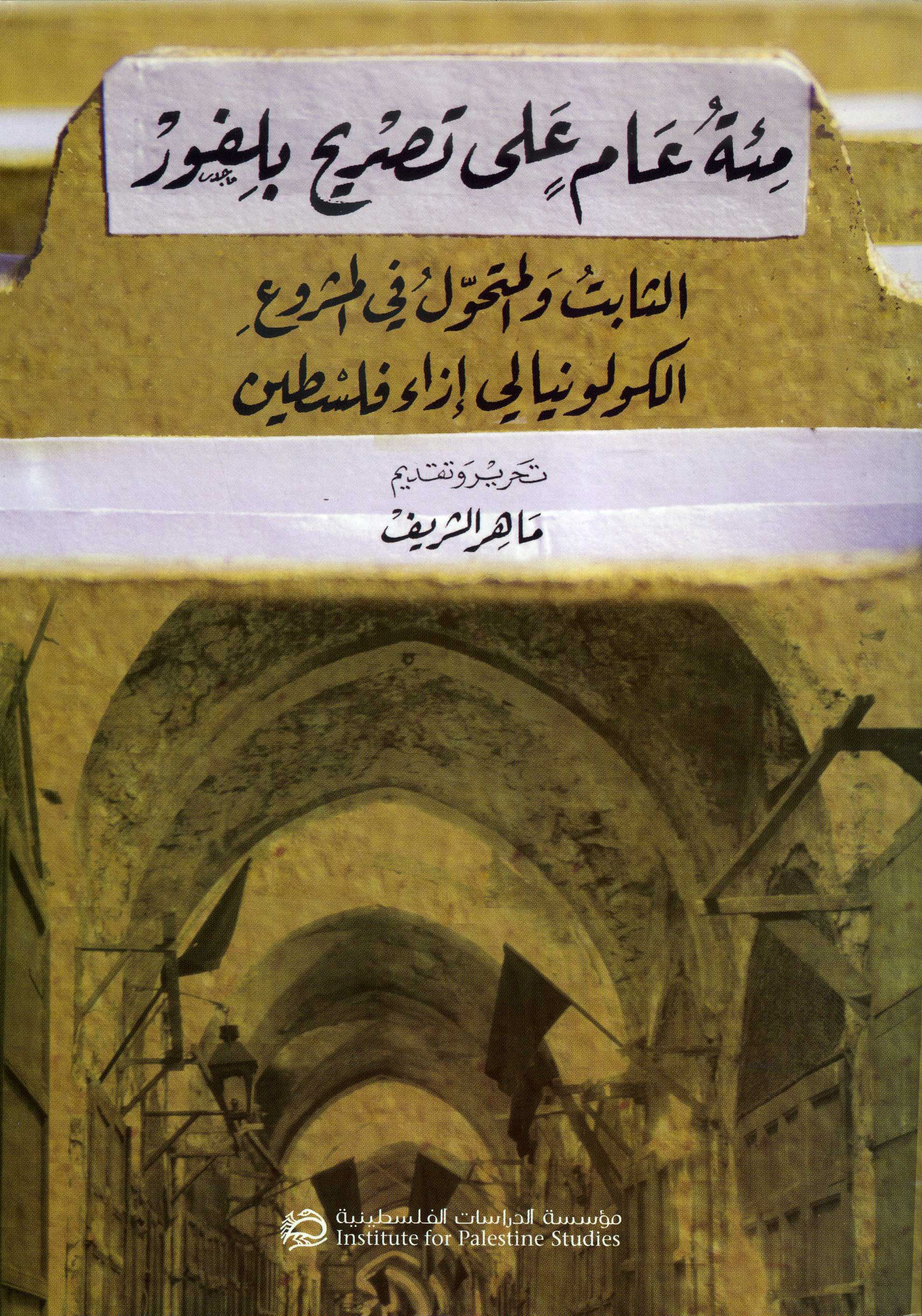 In collaboration with Issam Fares Institute for Public Policy and International Affairs, the Institute for Palestine Studies (IPS) organized a scientific conference in the American University of Beirut, on December 13 and 14, 2017, titled: “100 Years after the Balfour Declaration and 70 Years after the Partition Plan”. Through revisiting the past, the conference aimed to understand our current realities today within policies that govern or impact them, and to examine whether the roots of these realities and policies belong to the era of those two pivotal historic events. In other words, what connects today with yesterday, and what are the constant and variable elements since yesterday till today?

This book includes research papers presented in the conference, revolving around 5 main topics: the Palestinian cause put to the test of international law & international legitimacy; the British responsibility for the Palestinian tragedy; Zionism and its relation to colonialism; Arabs’ reaction to Balfour Declaration and the partition resolution; the Palestinian national movement in confrontation with colonial projects. The book also includes a research paper presented by Dr. Bayan Nuwayhed Al-Hout, intended as a “tribute” to Professor Walid Khalidi, the Honorary President of the Institute for Palestine Studies, under the title of: “Walid Khalidi and writing the history of Nakba

Maher Charif is head of the research unit at the Institute for Palestine Studies in Beirut, and an associate researcher at the French Institute for the Near East (IFPO) in Beirut. He has published several books, including: “The Economic and Social History of Palestine” (1985); “A Search for an Entity: A Study in Palestinian Political Thought, 1908-1993" (1995); “Palestine in the Secret Archives of the Comintern” (2004); “Palestine in Arab Historical Writing” (2016); “History of the Palestinians and their National Movement” (with Issam Nassar, 2018).