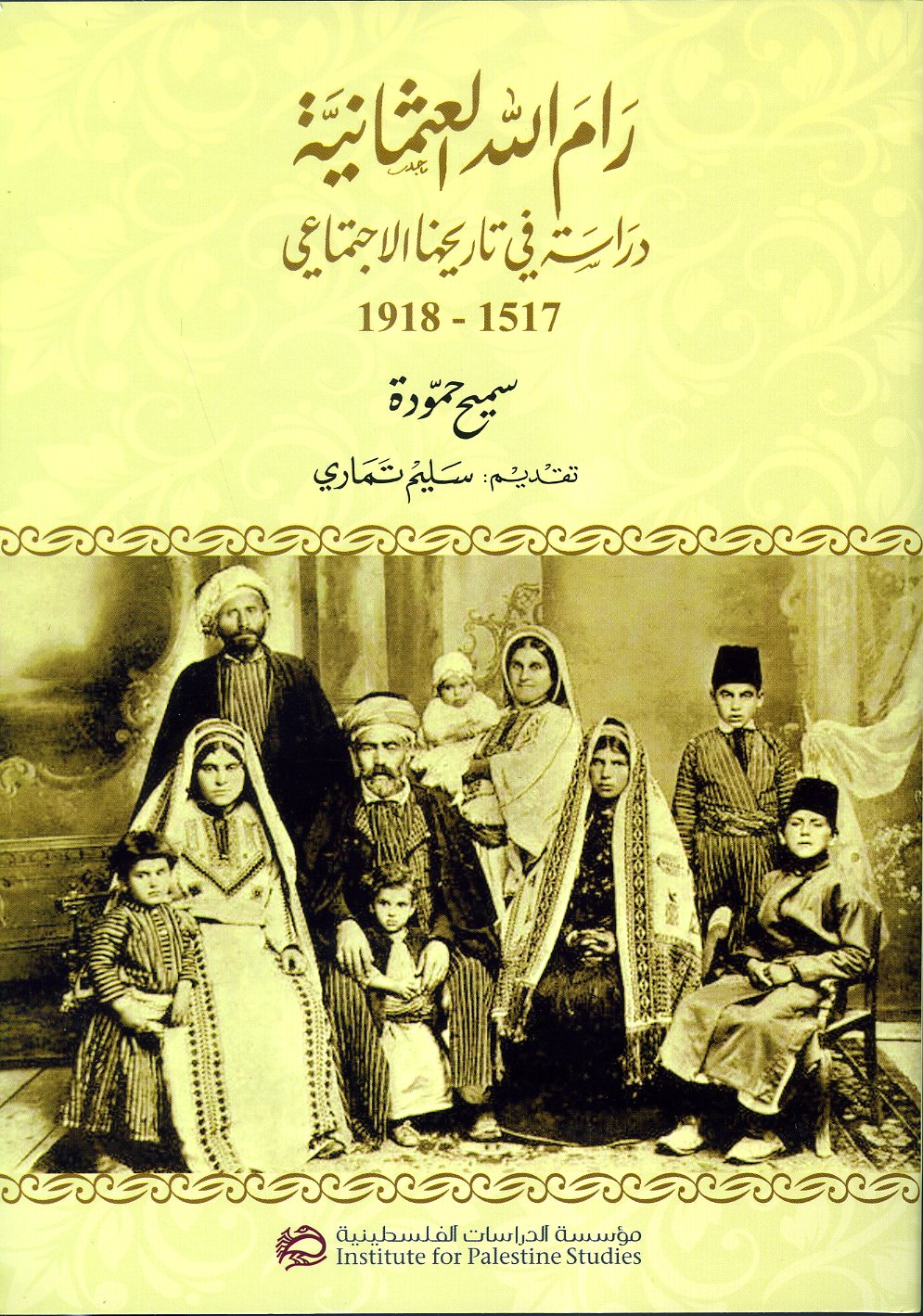 This study details the history of Ottoman Ramallah from the 16th century until the end of Ottoman rule in Southern Palestine in 1917. The information is primarily drawn from two main sources: firstly, records of the Sharia Courts in Jerusalem including legal arguments and rulings pertaining to the citizens of Ramallah village and the surrounding areas. Secondly, accounting books from Ottoman management of taxes levied on land and people. The study also references books about Ramallah and the Palestinian countryside written by Western missionaries during the second half of the 19th century, as well as the records of Ramallah’s municipal council from the period beginning in 1912.

Through a close examination of primary resources, the book provides a new look at the social fabric of Ramallah’s inhabitants during the period in question, which was influenced by various factors. These include the settling families from Al Karak region in Ramallah and, the role of these agricultural families within the two types of feudal systems: the Timari (military) system that rested on power granted to a rural leader, and the arrangement that included a ten-year commitment to work upon lands belonging to Islamic Waqf. The relationships between Ramallah and Bireh peasants to state employees responsible for collecting taxes and military conscription, as well as those between the Christians of Ramallah and Muslims in surrounding areas were also of paramount significance.

Sameeh Hamouda, was born in Bethlehem in 1960. He graduated from Birzeit University and from South Florida University in Political Science and Anthropology. Hamouda worked at the Arabic Studies Association in Jerusalem from 1985 to 1992, and the Center for Islamic and World Studies in Tampa, Florida from 1993 to 1995. He served as Editor-in-Chief for “Houlyat AL kuds”, the magazine published by IPS in Ramallah (and one in which he has also been frequently published) up until August 2015. Hamouda currently serves as a lecturer in the Political Science Department in Birzeit University. He is the author of many books and widely published articles revolving around the Palestinian issue, Islamic Palestinian Movements and the history of Palestine during the Mandate period. Published in 2015 by Dar Al Fikr in Ramallah, his latest book is entitled: “A Voice from Jerusalem: Militant Daoud Saleh Al Housaini as Seen Through his Memoir”. Hamouda supervised the establishment of Ramallah Municipal Council’s archive in addition to contributing to the establishment and organization of the digital archives for both IPS and Birzeit University.