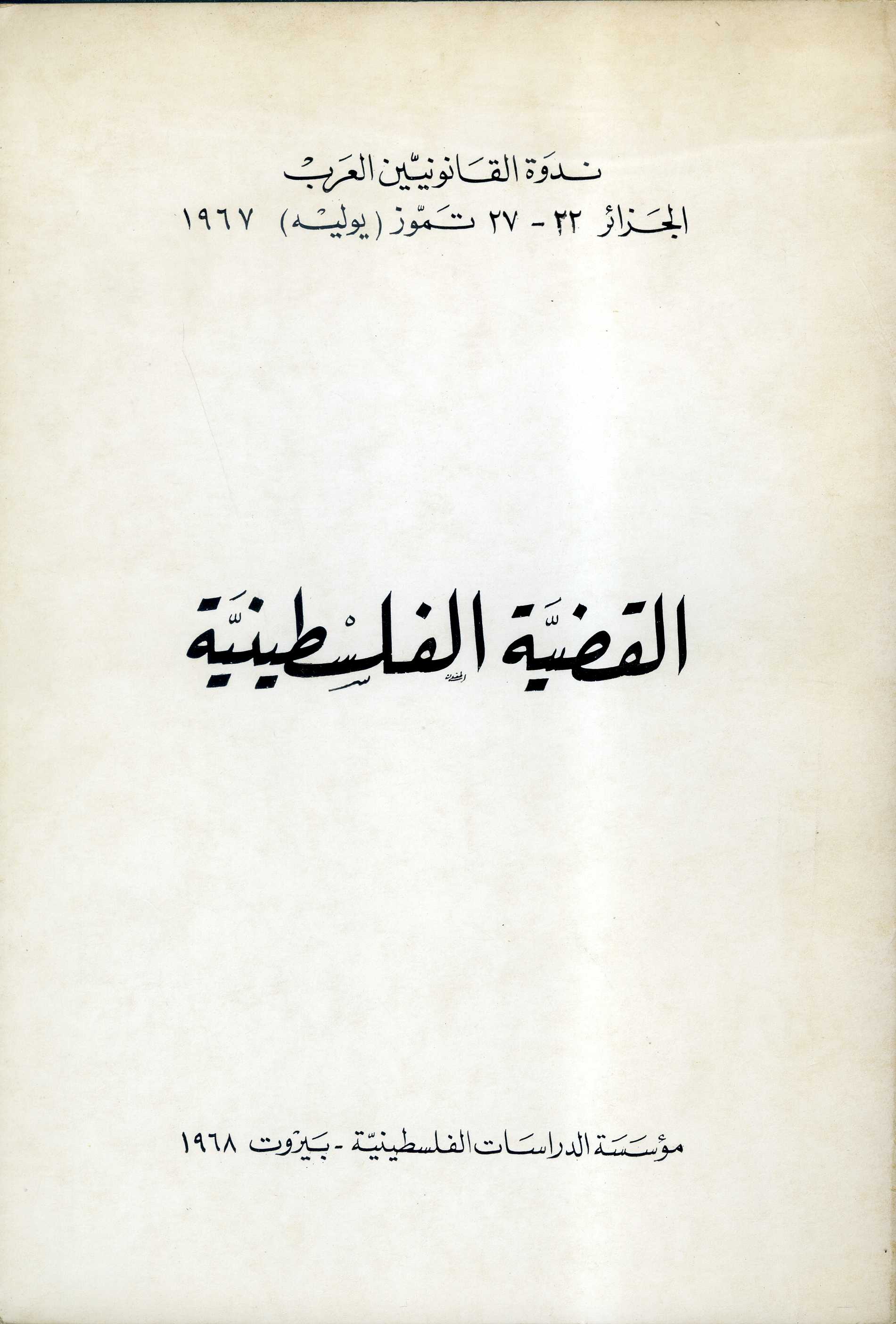 This volume consists of the proceedings of a conference held by a group of prominent Arab jurists in Algiers in the wake of the 1967 war. The meeting was held to discuss the juridical and political consequences of the war in the broader context of the question of Palestine and the Arab-Israeli conflict. The work is divided into three sections. The first section deals with “historical rights”, refuting the Zionist claim that Jews have historical rights to Palestine. In the second section, the legal bases for the establishment of the state of Israel are discussed. The work disputes the three legal bases for establishing the state: the Balfour Declaration, the British Mandate over Palestine, and the United Nations partition resolution. The third section deals with the Arab-Israeli conflict and its consequences, particularly the grave threat it poses to regional and international peace and security. It focuses in particular on the issues of Jerusalem, the Palestinian refugees, Israeli diversion of the waters of the Jordan River, the Gulf of Aqaba and Straits of Tiran, and the Suez Canal—all disputes that have arisen as a consequence of the establishment of the state of Israel.