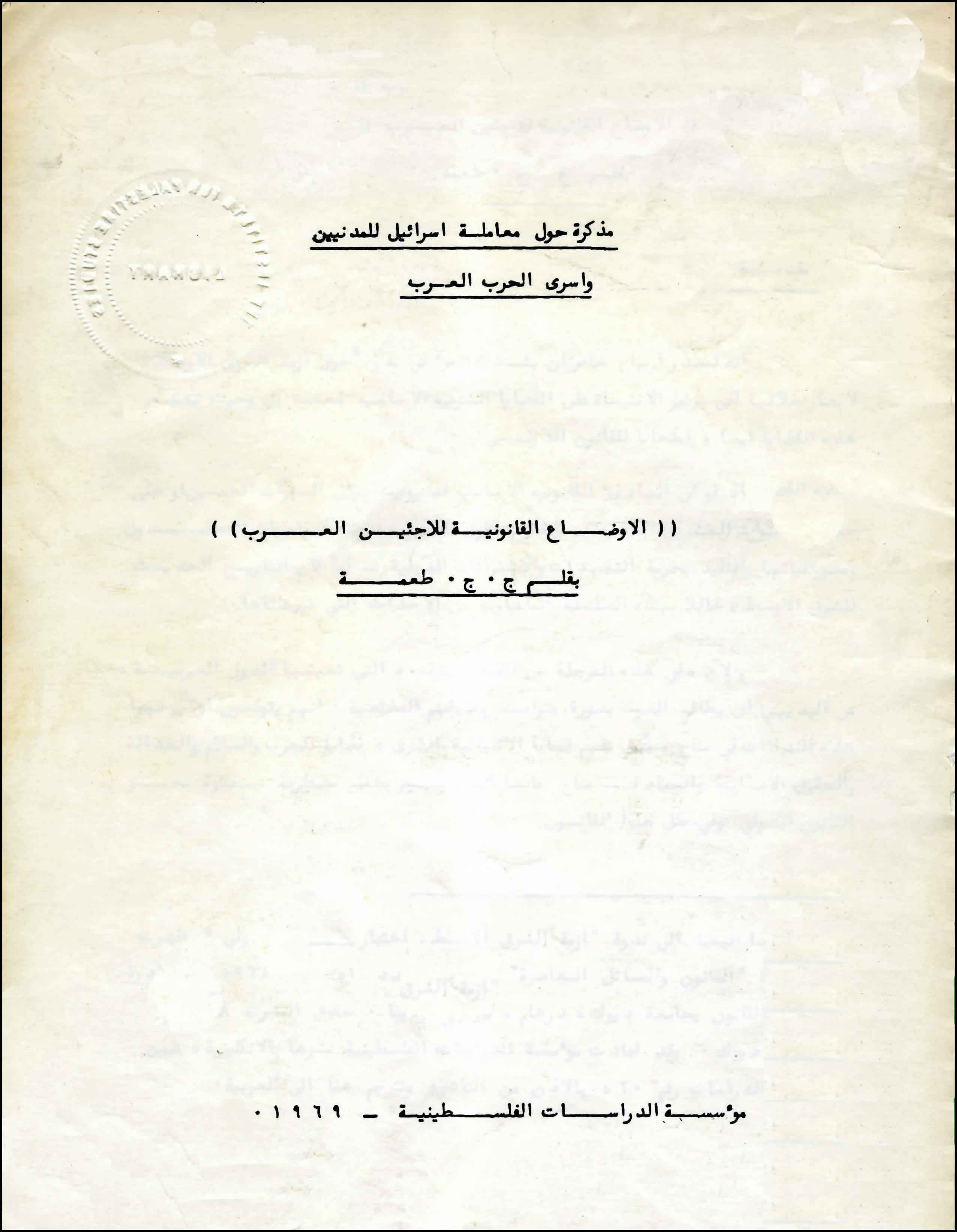 This study demonstrates that the Palestinian people have a legitimate right to their land and nation, based upon international agreements and commitments, United Nations resolutions, and the principles of international law. It attributes the exacerbation of the refugee issue to Israel’s practice of power politics, including expulsion and defiance of international legitimacy.

George J. Tomeh, born in Damascus, Syria in 1922, has represented the Syrian government in various capacities since 1945. He served as Consul General of the United Arab Republic (Syria & Egypt) in New York, Permanent Representative (Ambassador) of the Syrian Arab Republic at the United Nations. He was also appointed as Minister of Economics of the Syrian Government in 1964, and later adviser to the Institute for Palestine Studies. One of the leading Arab scholars and intellectuals, Professor Tomeh has written many books in Arabic and in English.