Political Leadership and Institutions in Palestine 1917-1948 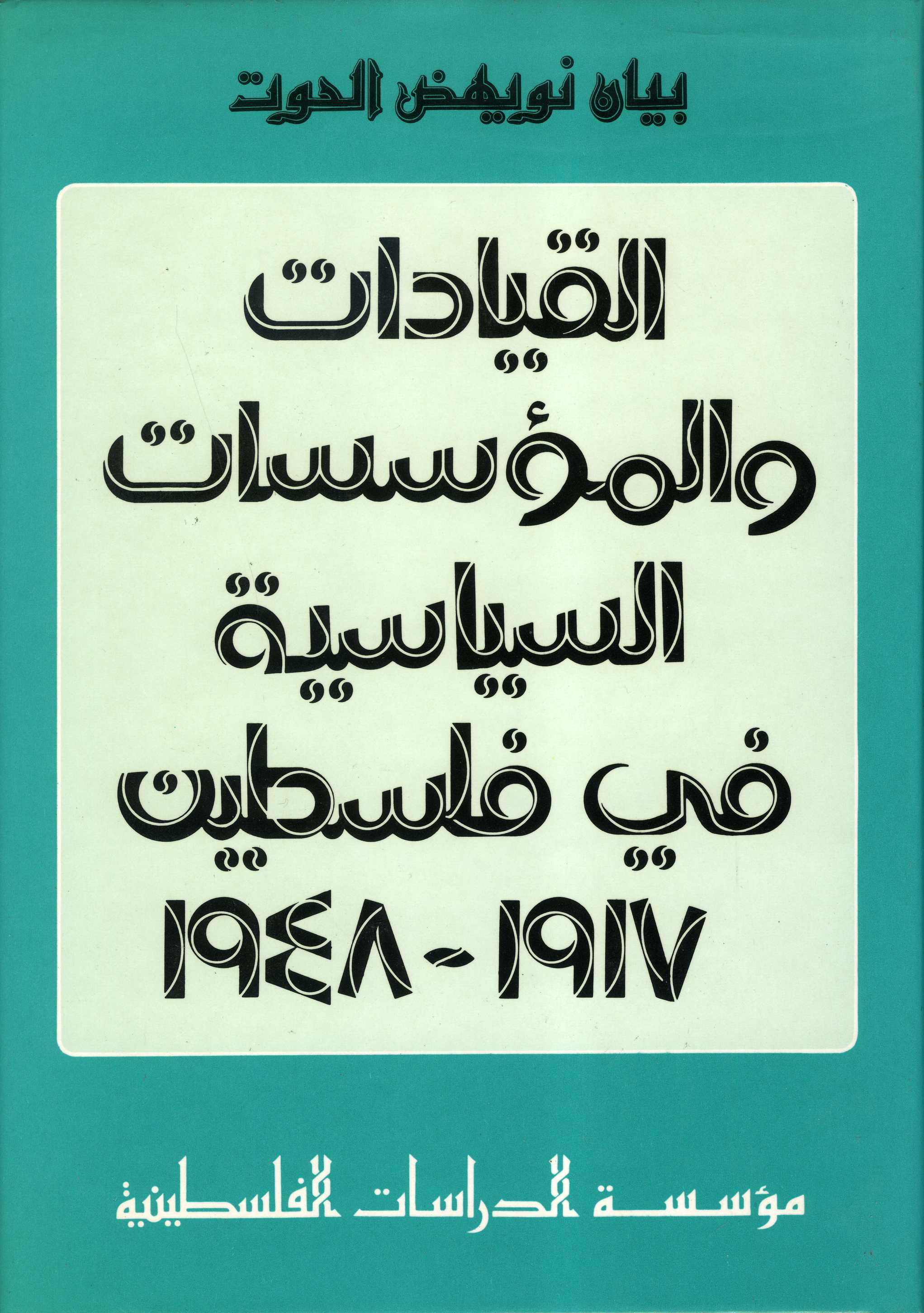 This in-depth study fills a large gap in modern Palestinian historiography and provides an important source of information about the attitudes and social structure of the Palestinian political elite during a crucial period in the Palestinian national movement. The appendices to the work contain valuable documentation and detailed lists of the major committees, conferences, parties, and delegations of the period under consideration.

Bayan Nuweihid al-Hout was born in Jerusalem. After the Palestinian dispossession (Nakba), her family moved to Amman and she was educated in Amman and Ramallah. At the end of the 1950s the family returned to its place of origin in Lebanon, and she completed her education there, receiving a Doctorat d’Etat in Political Science from the Lebanese University, where she went on to pursue a teaching career. She has published the following books (in Arabic): Political Institutions and the Political Leadership in Palestine 1917-1948 (1981), The Warrior Shaykh Izz al-Din al-Qassam in the History of Palestine (1987), Palestine: Cause, People, Civilization: Political History from the Canaanite Era to the Twentieth Century 1917 (1991), and (as editor): Memoirs of 'Ajaj Nuwayhid: Sixty Years in the Arab Caravan (1993).