All That Remains: The Palestinian Villages Occupied and Depopulated by Israel in 1948 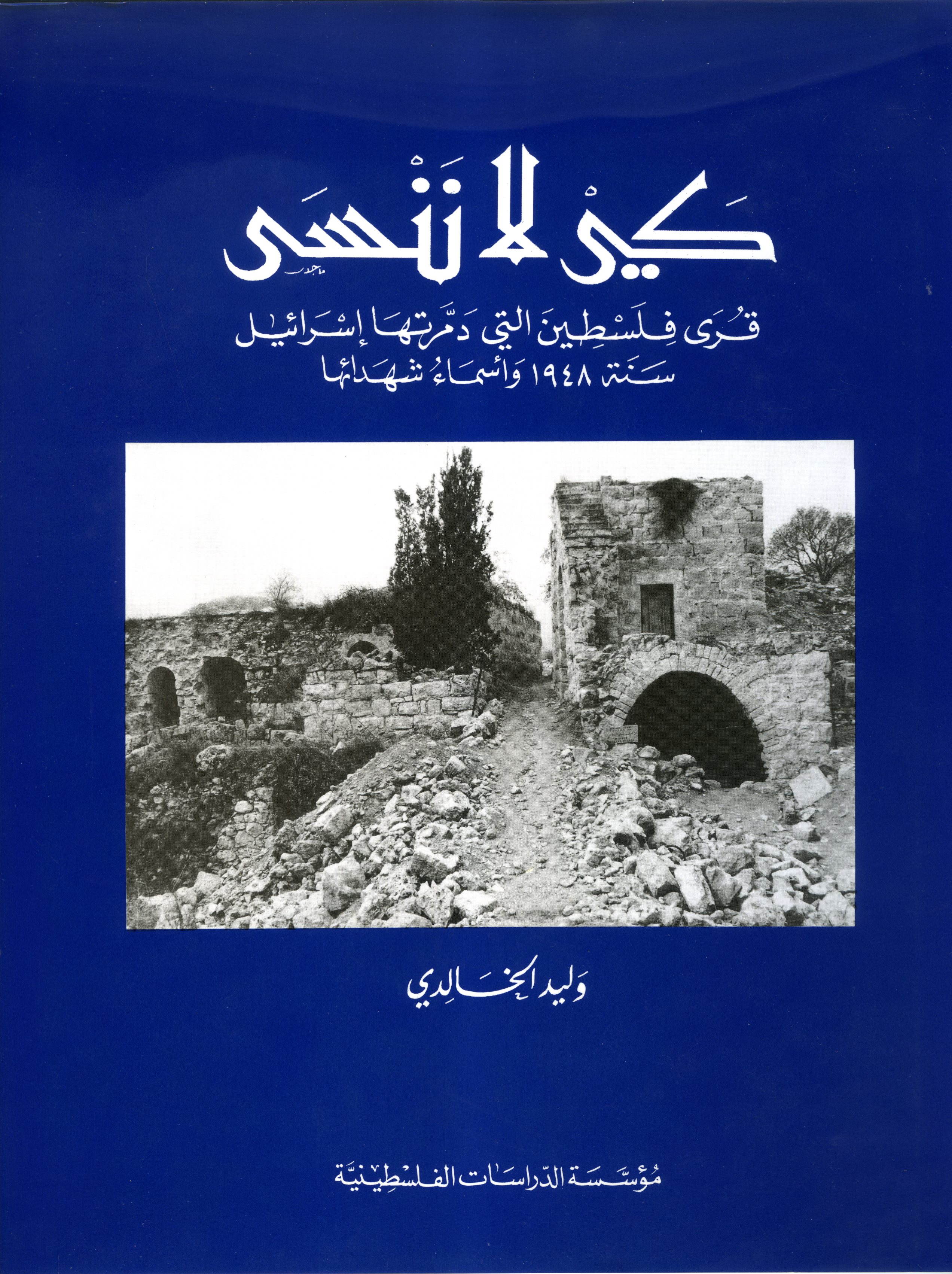 The culmination of nearly six years of research by more than thirty participants, this authoritative reference work describes in detail the more than 400 Palestinian villages that were destroyed and depopulated by Israeli military forces during the 1948 war. The entry for each village contains sections on demographic and other statistics, the history of the village, the Israeli military operations resulting in its capture in 1948, the conditions at the site of the village at the time of the survey (1990-1991), and the name of the Israeli colony or colonies established on its ruins and lands. The work contains large country maps and some 400 regional maps indicating the exact location, identified through field visits, of each village. Photos of what is left of the buildings of each village, if anything, accompany most entries.