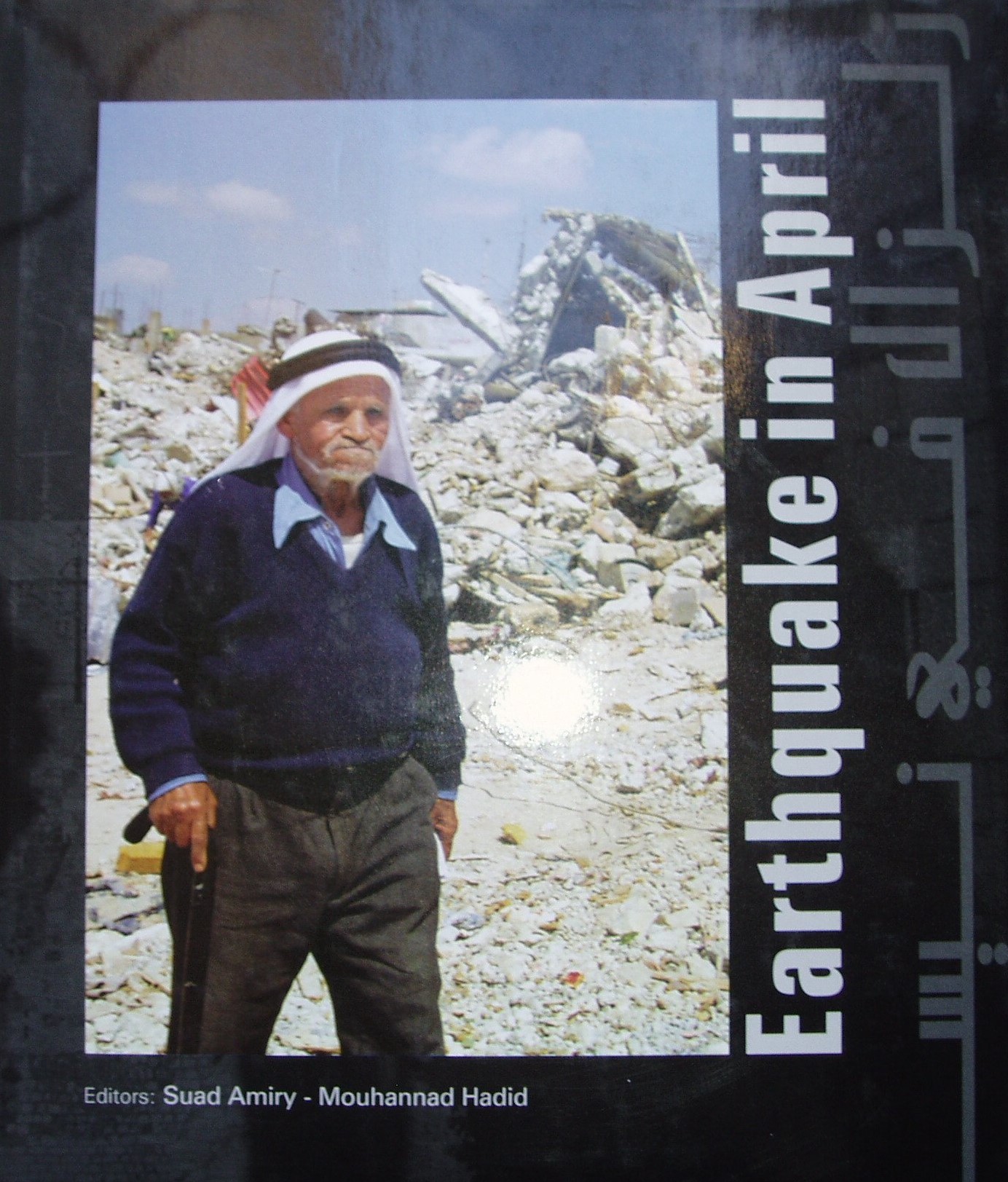 Earthquake in April addresses the loss of significant cultural property as part of the widespread damage and destruction caused by the Israeli Army in its re-occupation of Palestinian towns that began on March 29,2002.

The importance of this book lies in the collectivity of images, stories and memories of the many people who contributed to make a personal witness of the continuous Israeli government crimes against Palestinian life and culture, history and heritage.

The text in Earthquake in April focuses on the Old City of Nablus, the eighty-five photographs by Rula Halawani, Mia Grondahl, Matthias Koensgen, Mouhannad Hadid and Khaldun Bshara offer a wider glimpse of the destruction in Nablus as well as in Jenin Refugee Camp, and the towns of Ramallah and Bethlehem.

In 1927, the town of Nablus was convulsed by an earthquake, which resulted in the destruction of many of its historical buildings. The earthquake became a watershed in the collective memories of the Nabulsis.

On April 3, 2002, Nablus was hit by another earthquake, lasting not just a few seconds but many long days. It also left in its wake the destruction of many historic buildings. But this time the earthquake did not erupt from the womb of Mother Nature. It was launched from the skies above as the Israeli fighter planes (Apache helicopters and F-16s) bombarded the Qasabah of Nablus. While the Israeli bombers were wandering in the gray and cloudy skies over Nablus, Israeli military tanks and bulldozers were razing to the ground the 17th century al-Wakaleh al-Farroukhiyyeh caravansari as well as the 18th century Kanaan and al-Nabulsi soap factories.

Suad Amiry is the founder and director of the 'Riwaq Center for Architectural Conservation', a non-profit organization dedicated to preserving and restoring Palestinian buildings. She is also a Birzeit University architecture professor and the author of Sharon and my Mother-in-Law: Ramallah Diaries (London: Granta, 2005), which has been translated into 18 languages.

An engineer in the Popular Construction Center (Rawaq) in Ramallah, and the president of social awareness unit there.

Reviews from the Journals
Amiry and Hadid: Earthquake in April
Dick Doughty
Journal of Palestine Studies
Vol. 33 No. 4,
Summer
2004
Reviews