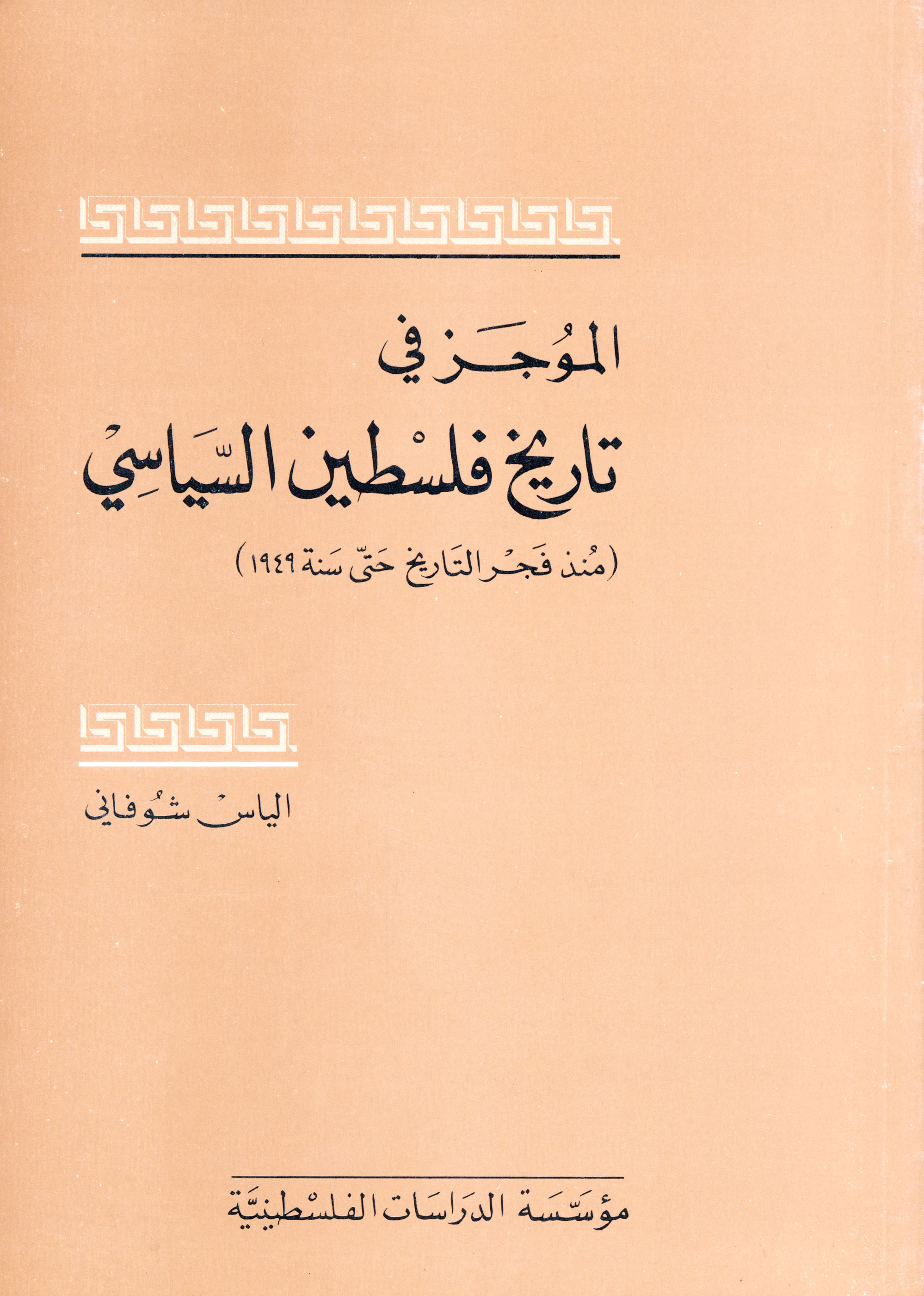 This book is a survey of Palestinian history for the advanced student, the interested general reader, and the specialized researcher. Painting with a broad brush, the author focuses on the most important and well-documented events, condensing a wealth of material and summarizing entire periods of the political history of Palestine.

Elias Shoufani was born in 1932 in Western Galilee in Palestine, he became an Israeli citizen after the conquest of the region by Israel in the 1948 war. He graduated from the Hebrew University, Jerusalem, and Princeton University, New Jersey. He served as head of Research and Israeli Studies at the IPS in Beirut and is the author of several works in Islamic history and the Palestine problem.

Reviews from the Journals
Shoufani, A Digest of Palestine's Political History (Since the Beginning of History until 1949)
Editorial Staff
Majallat al-Dirasat al-Filastiniyya
Issue. 32 ,
Autumn
1997
Reviews