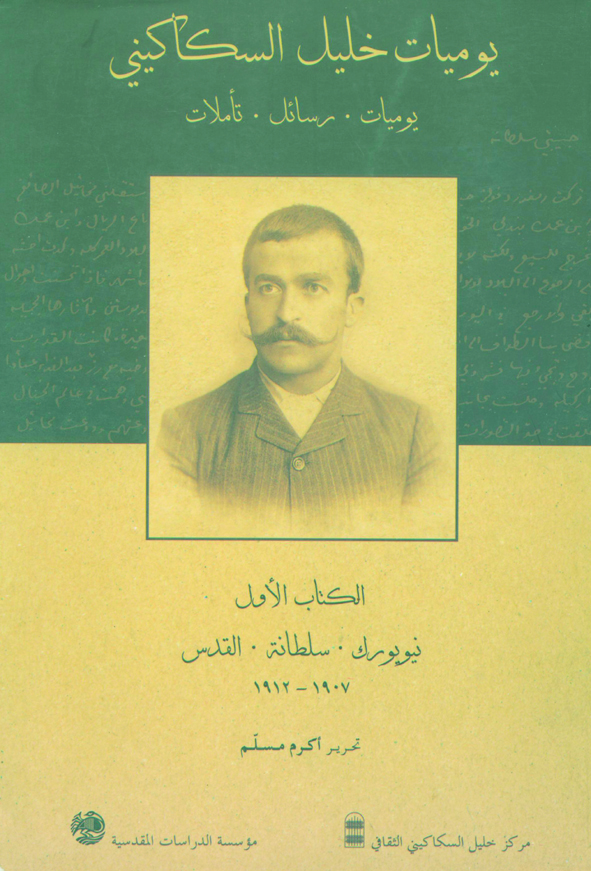 These memoirs are unique in many respects, not least because they are among the few in the annals of modern Arab literature that were recorded at the actual time that the author lived through the events, rather than at some much later date, as is the case with the memoirs of most Arab writers.

The first volume of the Sakakini diaries covers the period from 1907 to 1912, and it will be followed by other volumes, which are due to appear shortly. It contains a detailed account of the author’s 1907 journey from Jerusalem to New York and his 9-month period of residence in the “Syrian Quarter” in Manhattan. He chronicles the life of the Syrian community (Palestinians, Lebanese, and Syrians) in New York, their socio-economic conditions, and their personal relationships at the beginning of the twentieth century. It also includes his letters home (35 of 41 letters are still existant), most of which were addressed to his beloved Sultana Abduh, who replied with two letters. In these diaries and letters, Sakakini reveals an early appreciation of the dangers of Zionism, partition, and the Balfour Declaration, and takes Great Britain to task for its injustice towards the Palestinians, which in his opinion exceeded that of the Ottomans.

Khalil Sakakini (1878 - 1953) is a Palestinian writer and educator. Born in Jerusalem, Sakakini's early life was devoted to Arab letters. During the mandate period, Sakakini continued his advocacy of public education. He participated in the early Palestinian national movement, and his diaries are an important source for scholars of the period. He is best remembered for his books on teaching Arabic to beginners.