Constantine Zurayk: An Arab for the Twentieth Century 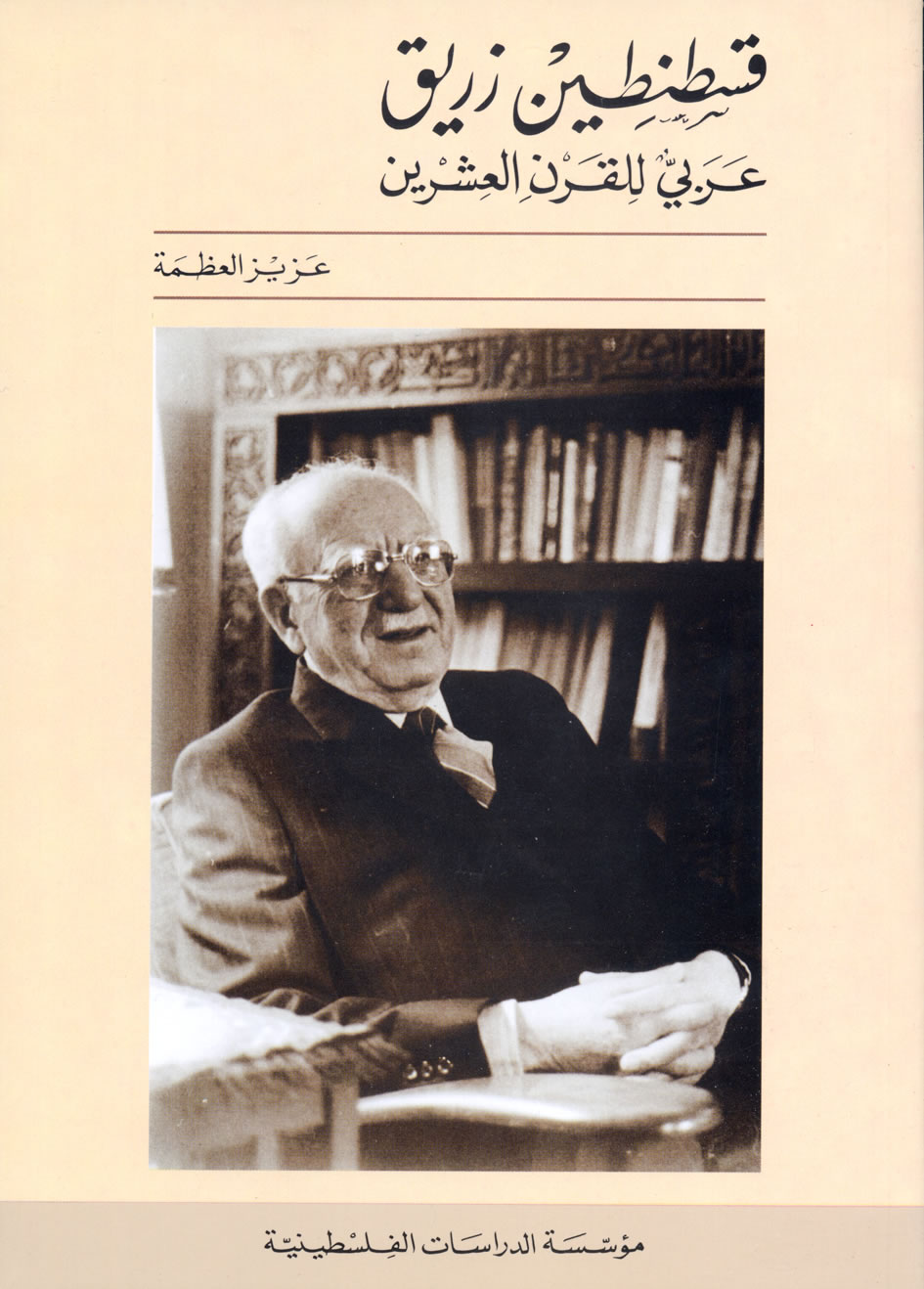 This book discusses the life and thought of one of the most prominent Arab personalities of the twentieth century, a man who made major contributions to Arab nationalist thought, as well as to historical and educational thinking in the Arab world and beyond.

The book's opening chapter examines Constantine Zurayk's life and work in the context of modern Arab history, particularly his political involvement in the Arab nationalist movement. It also deals with his public service as an ambassador and his contributions to building educational institutions, as president of Damascus University, president of the International Association of Universities, and acting president of the American University of Beirut (where he spent most of his career).

The book goes on to assess Zurayk's part in laying the groundwork for Arab nationalist thought, his theory of the future of civilization and progress in Arab societies, and his contribution to the advancement of historical teaching and research.

The book's concluding chapter analyzes the relationship between Zurayk's thought and the various nationalist and other intellectual currents that have swept through the modern Arab world, and appraises his intellectual legacy in the context of the Arab historical experience in the twentieth century.

Aziz al-Azmeh was born in Damascus and studied social science, philosophy, and history in Beirut, Germany, and Britain, after receiving his doctorate from Oxford. He has taught and held chairs and distinguished professorships in Arab and Islamic studies at a number of universities in the Arab world and the west. His books in Arabic include: Ibn Khaldun and his Historicism, Historiography and Historical Knowledge, Tradition between Political Authority and History, Arabs and Berbers, Secularism from a Different Perspective, and The World of Religion in the Arab Present. His works have been translated into English, French, German, Swedish, Spanish, Turkish, Persian, Hungarian, Chinese, and Arabic.