We Were Caught Unprepared: The 2006 Hezbollah-Israeli War 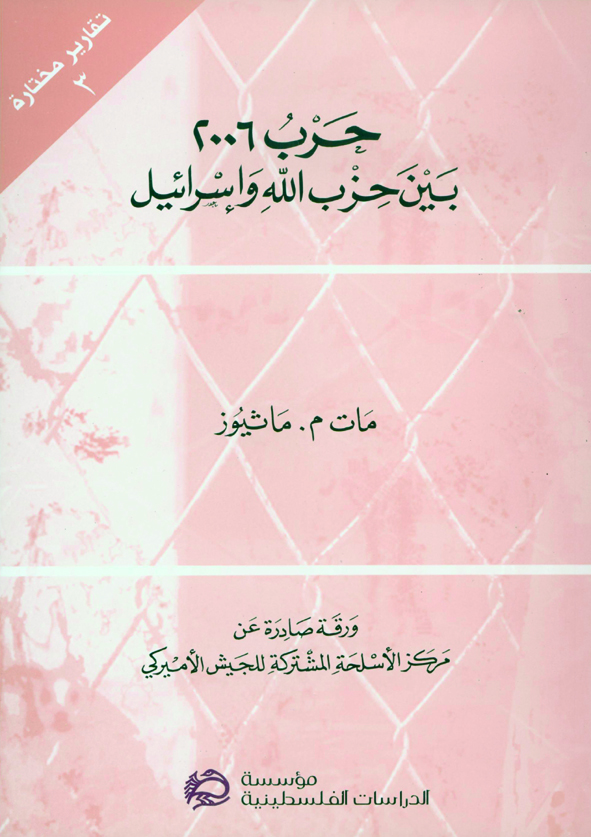 Matt Matthews’s historical analysis of the war includes an examination of IDF and Hezbollah doctrine prior to the war, as well as an overview of the operational and tactical problems encountered by the IDF during the war. His research convincingly argues that the Israeli reliance on poorly understood and controversial Effects-Based Operations (EBO) and Systemic Operational Design (SOD) warfighting theories, and a nearly singular dependence on air power, were root causes of Israeli problems. Additionally, after years of counterinsurgency (COIN) operations in the Gaza Strip and West Bank territories, IDF ground forces were tactically unprepared and untrained to fight against a determined Hezbollah force that conducted what was, in many ways, a conventional, fixed-position defense. In researching this study, Mr. Matthews interviewed several prominent IDF officers and other experts in the field, many of whom had not previously been interviewed. The result is an insightful, comprehensive examination of the war.

Matt M. Matthews graduated from Kansas State University in 1986 with a BS in History. He served as an Infantry enlisted man in the Regular Army from 1977 to 1981, a Cavalry officer in the US Army Reserve from 1983 to 1986, and an Armor officer in the Kansas Army National Guard from 1986 to 1991. He is the author of several CSI Press publications and coauthored numerous scholarly articles on the Civil War in the Trans-Mississippi. Mr. Matthews was the mayor of Ottawa, Kansas.