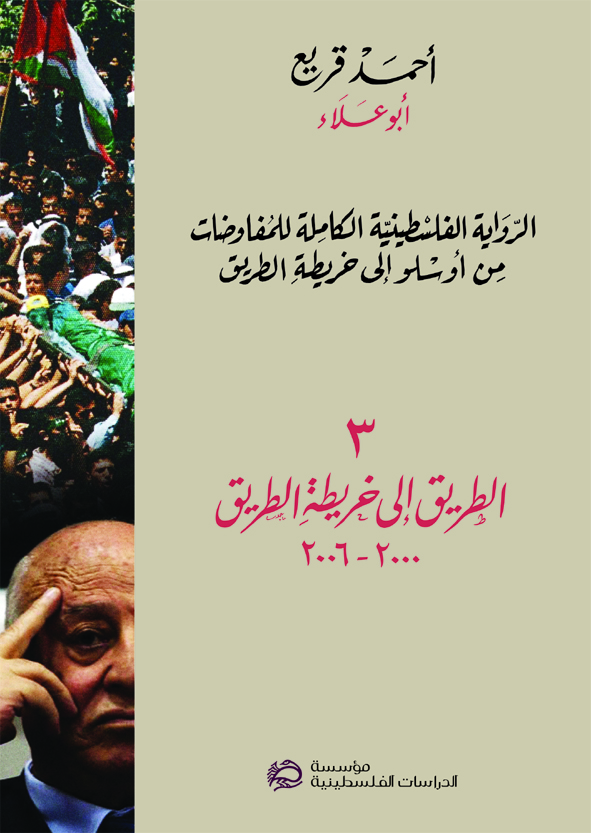 This is the third part of the long Palestinian narrative of the stalled peace process on the Palestinian-Israeli track. It covers a six-year eventful period from 2000 to 2006, that still grimly affects the overall Palestinian situation today. The facts of this period when negotiations were stalled, tell the story of a series of exchange and diplomatic efforts that started with President George W. Bush's vision of the two-state solution followed by the Arab peace initiative and the road map, along with important milestones such as the Mitchell report, the eruption of the second intifada and the repercussions of September 11 on the Palestinian situation. This tumultuous period of the Palestinian political life has witnessed other events that are equally important, such as the amendment of the Palestinian political system to create the position of Prime Minister that was entrusted to Mahmoud Abbas (Abu Mazen) then to Ahmed Qurei (Abu Ala) until the death of President Yasser Arafat in mysterious circumstances, not to mention the Israeli plan of unilateral withdrawal from Gaza, as well as the series of internal developments that ended with the second legislative elections early in 2006, to open another long chapter.

Ahmad Quray' (Abu 'Ala'), born in Abu Dis, near Jerusalem in 1973. He joined Fateh in 1968, and was elected a member of Fateh Central Committee in August 1989. He is a member of the PLO Central Council and a member of the PNC. A chief negotiator for the PLO during the secret talks with Israel in Oslo, Norway in1993. Served as managing director of PECDAR since its creation in 1993; was appointed PA Minister of Economy and Trade and later Industry (1994-96). He led the negotiation team towards the 1995 Oslo II Agreement and was the Palestinian representative on the Steering Committee that monitored its implementation. In 1996, he was elected PLC member for Jerusalem and also elected as speaker of the PLC and served in that post until 2003. In 2003, he was appointed PM in the PA Emergency Government. He was confirmed as PM of Palestine in Feb 2005 until 2006.