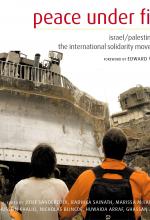 In the same way that the International Solidarity Movement (ISM) marks a sign of our times, its first book builds on a trend pioneered by Howard Zinn’s Voices of a People's History of the United States (Seven Stories Press, 2004). As a collection of individual accounts, it does not attempt to derive a perfectly consistent voice from a popular movement. Rather, this carefully orchestrated narrative is precisely what the ISM, as with any mass movement, was meant to be: the sum of its voices. Deliberate or not, the decision to record history through a compilation of essays, e-mails, letters, diary entries, interviews, and newspaper reports is raw, audacious, and anything but simple.
This point is made early in the collection’s foreword by the late Edward W. Said, who wrote, “there is a wide discrepancy today between our cultures and societies and the small group of people who now rule these societies.” In today’s growing body of progressive thought—at least for those who choose to access it—there is the tacit understanding that media institutions are failing us, that societies and cultures are governed remotely by their more privileged counterparts, that thoughts and lives are political currency, and that we are ever more disconnected from the common human on the other side of our New York Times.
How then to bridge this gap coherently, particularly in the pandemic ignorance over the occupation of Palestine? To this end, Peace under Fire was not constructed haphazardly. The collection plots the ISM’s history from its beginnings to the present in a show-don’t-tell fashion that lends preference to testimony over self-identification. For it is only after a great many hardships and a handful of victories that a social movement can give itself a name—and even this is a simplification. Just as no brilliant nonfiction is scripted, the essence of a successful movement lies in its testament.
This is evident in the way that the ISM’s history attests to the course of the second intifada. For instance, several days after Ariel Sharon walked into al-Haram al-Sharif, a contingent of Palestinians and internationals peacefully took over an Israeli military outpost in Bayt Sahur near Bethlehem. The event culminated with a Canadian planting a Palestinian flag atop the garrison’s watchtower, giving birth to a concept that simultaneously emboldens the ISM and inflicts it with irony: had the flag bearer been Palestinian, he would have been shot. After all, what later would become the signature strategy of non-Palestinian ISM members—ushering children and medical workers to safety by virtue of an orange vest that connotes “international + death = bad publicity”—is among the ugliest tableaus of the intifada: the exploitation of perceived humanity. But this too is taken to task, as the narrative progresses from the confession by Nancy Stohlman as she cashes in on her international status to abandon the besieged Church of the Nativity, “I am crying and ashamed . . . like a rat fleeing from a sinking ship” (p. 68), to the reaction of Alice Coy in Gaza, after Israel’s murder of Rachel Corrie and Tom Hurndall, “I am still in shock at losing my second friend in under four weeks. I feel like a Palestinian” (p. 245). Taken in its entirety, Peace under Fire is the statistical law of large numbers unfolding before the reader’s eye; as with the variability of an infinite succession of coin tosses, the identities of foreigner and local, Jew, Muslim, and Christian meld into a common thread.
That said, Peace under Fire’s editors do a notable job of organizing the narrative so that it does not become the white noise of victimhood. Not only are the sections distributed geographically, covering some of the most essential historical locations—Jenin, Nablus, Rafah, the Muqata in Ramallah—but they take stock of the qualitative dimensions of occupation: checkpoints, refugee camps, the apartheid wall, the business end of an M-4. In reading these accounts, one is struck by the variegated cultural identities of ISM members and how their respective consequences in this line of activism depend on their being Palestinian, Israeli, or American, to name only a few. No sooner does one discover a universal link than it is quickly torn away by the severe racial overtones of Israel’s project. Regardless, one comes away with distinct memories of individuality: Huwaida Arraf’s “infectious sense of total calm,” Neta Golan’s acid defiance to her own authorities, and Jeremy Hardy’s self-deprecations, “Palestinian women have a way of looking at you that says, ‘Are you uniquely stupid, or is it a male thing?’”
Peace Under Fire’s table of contents could be modified and an index might prove beneficial, not to mention that the epilogue from the Israeli reservist Daniel Dworsky could be complemented by the voices of contemporary refuseniks—but these matters are for later editions, which will have to include the ongoing campaign in Bil`in, of course. For now, this work documents that common thread, where the experience of trauma sublimates into hope, anger, stupefaction, humor, longing, and anything but silence, as that is where the cause ends.

Zachary Wales is senior editor at the Columbia University Journal of International Affairs.