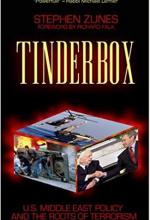 There is much to admire about Stephen Zunes's contribution to the burgeoning body of literature on U.S. policy toward the Middle East directed to nonspecialists.  Besides being written in a straightforward and engaging style, the text exhibits a familiarity with important concepts of international relations that most often get distorted or overlooked in studies of Middle Eastern politics.  Zunes makes the important point, for instance, that "ongoing close strategic cooperation between the United States and the GCC (Gulf Cooperation Council) provokes both a genuine fear and a convenient excuse by Iran and Iraq to continue their own quests for further militarization and discourages these potentially hostile regimes from pursuing mutual security agreements and a de-escalation of tensions" (p. 45).  Although the book was published before the United States launched war on, defeated, and occupied Iraq, Zunes's analysis helps us to understand why Iraq resisted U.S. pressures: "the United States has not offered any incentive for Iraq to allow inspections to resume" after December 1998;  "without the prospect of sanctions being lifted, Saddam Hussein has nothing to lose by continuing to block the return of United Nations inspectors" (pp. 61-62).  General readers and policymakers alike would do well to ponder these insightful observations in the post-Saddam Hussein era.

Equally compelling is the book's dogged insistence that the lion's share of disorder and danger in the region can be traced back to policies carried out by the United States.  Successive administrations have turned a blind eye to serious human rights abuses on the part of U.S. allies (chap. 1); policymakers in Washington have actively promoted the sale of armaments throughout the region, creating a network of overlapping conflict spirals that periodically escalate out of control (chap. 2); U.S. leaders have shown a pronounced tendency to resort to military force to achieve strategic objectives in the Gulf (chap. 3); and there has existed a broad consensus that Israeli actions should stand immune from criticism, no matter how disruptive they turn out to be (chap. 4).

So why has the United States chosen this peculiar package of policies?  Zunes offers a number of answers, none of which is particularly convincing.  Officials in Washington continue to pump sophisticated arms into the region because of a "failure to recognize the paradox of this growing militarization of U.S. Middle East policy.  Namely, the more the United States has militarized the Middle East, the less secure the United States and its allies have become" (p. 63).  Four factors explain why Washington has adopted an unstintingly coercive approach toward Baghdad:  "the time-honored tradition for political leaders to maintain their popularity at home by striking out at a perceived external threat" (p. 101);  "the desire to control the world's greatest concentration of oil" (p. 102); the conflict ensures that "the United States can maintain its base and prepositioning rights in the Gulf states" (p. 102); and beating up on Iraq "serves as a warning that any other state that would even consider challenging American hegemony would suffer serious consequences" (p. 103).  Finally, the United States offers unconditional backing to Israel for three reasons:  "Israel successfully has prevented victories by radical nationalist movements, not just in Palestine, but in Lebanon and Jordan as well" (p. 161); giving Israel free rein to engage in armed conflict has "allowed battlefield testing of American arms" (p. 161); and "an Israel in a constant state of war . . . is far more willing to perform tasks that might be unacceptable to other allies than would be an Israel at peace with its neighbors" (p. 162).

Zunes's suggestions about how to change U.S. policy seem even less persuasive.  "Perhaps the greatest contribution responsible voices of dissent can make to the current situation in the short to medium term is exposing how there are powerful elements in the Bush administration that are using the crisis to advance their right-wing ideological agenda" (p. 220).  If bringing such intentions to light proves insufficient, steps will have to be taken to make sure that "the United States shifts its policies to become more consistent with support for human rights, international law, sustainable economic development and demilitarization" (p. 225).  To this end, Washington must "apply the necessary economic and diplomatic pressure to insure that all countries in the region--including U.S. allies like Israel--have dismantled their nuclear, chemical, and biological weapons" (p. 226).  Moreover, the United States has to compel Israel to pull out of all the territories it occupied in 1967, including East Jerusalem.  "Both Congress and the executive branch," he concludes, "should rescind resolutions and past statements that imply support for Israel's unilateral annexation of the occupied eastern part of the city and surrounding Palestinian lands" (p. 230).

In short, what Bernard Lewis--a meticulous student of Ottoman history who turns out potboilers for the general public--is to the Right, Stephen Zunes may be to the Left.  If only Zunes's book would appear on the shelves of as many chain bookstores across the country and be listed as recommended reading by as many mainstream media outlets.