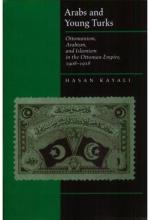 Hasan Kayali belongs to a talented young generation of scholars who use a wide variety of sources to challenge established nationalist historical paradigms on empirical, methodological, and theoretical grounds. In this book, Kayali discusses the rise of Arab nationalist consciousness in Ottoman lands within the context of Ottoman politics and in interaction with the policies of the Ottoman central government, thereby introducing hitherto overlooked or neglected dimensions. He challenges the oft-repeated view that the nationalist movements in the Balkans begot Turkish nationalism, which in turn inspired Turkification policies and thus begot Arab nationalism. Instead, Kayali directs our attention to complexities involved in the rise of nationalistic sentiments among the Muslim population of the Ottoman empire.
Kayali's ability to use diverse sources in Ottoman Turkish, Arabic, English, and German enables him to introduce new information. The sections of the book that deal with parliamentary elections and party politics are especially useful and original. Another important contribution of Kayali's work is the rich information it provides on the ethnically crisscrossing nature of the political alliances that form over imperial issues and policies, just as the convergence of regional interests prepare the ground for the rise of the somewhat more coherent blocs that seek to differentiate themselves in ethnic or regional terms. Within this framework, Kayali sheds light on the internal tensions and fissures of the Ottoman polity, the dilemmas of imperial policymakers and of local political leaders, and the roots of various regional political movements.
It becomes clear that the single most important fault line in Ottoman politics formed around the issue of power distribution between the central and provincial governments, or around the debate between the centralists and the decentralists. Kayali focuses his attention on the positions of the Arabic and Turkish speaking actors of the Ottoman political arena in this debate and observes them on both sides of the divide. The Committee of Union and Progress (CUP), the dominant force in Ottoman politics in 1908-1918 and the main advocate of centralist policies, had a quite rigid nucleus of leadership consisting predominantly of Turkish speakers while more of the Arabic-speaking intellectual and political leaders were active in the decentralist camp. However, even when the CUP finally took full charge of the government in 1912-13, it had to make concessions to the Arabic speaking decentralists.
Kayali also suggests that if differences in opinion over power sharing worked as a centrifugal force, concerns over the preservation of the multiethnic Ottoman state as a bulwark against further external aggression and internal dissension, or Ottomanism in general, served as a centripetal counterpoint. By 1912, demographic and political conditions by and large had reduced the scope of Ottomanism to the Muslim population of the empire, relegating its original multireligious appeal to the back burner. It was this "Islamic Ottomanism" that the CUP finally upheld as its primary commitment, not a Turkish nationalist agenda. Likewise, while the CUP's Arab (and other) opponents took issue with its centralist policies, they remained largely loyal to Ottomanism, due to a combination of reasons among which the very real fears of a European occupation loomed prominently. The Arabist and even more so the Turkist movements remained largely cultural rather than political or ideological in nature, at least until the Great War years.
Like other historians of the period, Kayali observes that devastations of the war years under harsh military rule and the final defeat of the Ottoman armies accelerated the search for new political strategies, alignments, and identities. Unlike most other historians, however, Kayali remains consistent in not assuming that the new ideologies that eventually emerged in the region were already there just waiting to be liberated. He thus keeps in sight to the end of his account the shifting alliances, the multisided negotiations and commitments, and the multiple layers of identity that continued to mark political life in the region on the verge of a new phase of its modern history.
Kayali's efforts to present this complex situation in a relatively compact book makes for quite dense reading. All the same, it is a solid contribution to a growing body of literature on three closely related topics: the rise of Arab nationalism, the state of the Arab provinces, and Islamic movements in the final decades of Ottoman history. Kayali's coverage of Islamic movements tends to treat Islam as an undifferentiated category. Many incidents mentioned, such as the salafi (and the CUP) opposition to Abdulhamid II's Islamist policies on religious grounds, religious revolts against the Ottoman government in Yemen and other places, or Sharif Husain's appeal to religion in his revolt against the "Islamic-Ottomanist" CUP, point to a more complex situation. Clearly, Islam represents a rich moral-cultural tradition that can lend itself to quite different causes. If Kayali appears to be less nuanced in his treatment of religious issues, that is only in contrast with the high quality of his treatment of the other issues in Arabs and Young Turks.