Rubinstein: The Mystery of Arafat 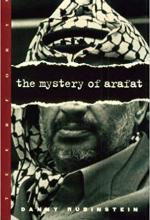 Biography is a difficult art. It presupposes an alchemy between psychology, a personal itinerary, and a collective journey--the course of history or of an entire people. Danny Rubinstein, a columnist of the prestigious daily Ha'Aretz who has followed the Palestinian question for many years, has chosen a difficult subject to write about: Yasir Arafat. His biography follows a number of others that have captured their subject with varying degrees of success.
Rubinstein was not seeking new revelations or the kind of unpublished confidences that could be prized from members of Arafat's entourage. Rather, as he explains in his preface, his intention was to "lay bare the seemingly mysterious and paradoxical character" of Arafat through the examination of well known material concerning his life, political action and theory, personal behavior, and so on. Rubinstein's motivation in writing the book, he tells us, was to satisfy a "personal curiosity and the desire to understand what at first sight appeared to be strange and incomprehensible" (p. xiii).
The author makes sincere efforts to rid himself of the "strong image as an enemy" that the Palestinian leader has for every Israeli. And despite stinging criticisms, he recognizes that Arafat's success resides in his ability to symbolize and reflect the drama of the Palestinian people. One can only agree with him on this point.
What, then, accounts for the profound malaise one feels upon reading this book? Certainly, there are the serious gaps one spots here and there: Thus, for example, Rubinstein appears unaware of the enormous impact the armed struggle against the Israeli occupation of Gaza in 1956-57 had on the political development of the Fatah leadership and particularly of Arafat.
But it is especially passing remarks throughout the text that reveal a vision not of Arafat but of the deficiencies of the biographer's craft. When Rubinstein writes, for example, that "what interested the public no less (and perhaps more) [than political questions] was his [Arafat's] unshaven face" (p. 29) one is speechless at such contempt for the "public." When he affirms, elsewhere, that Arafat's arrival late at demonstrations in Egypt enabled him to be "standing well back in the crowd and thus avoiding arrest" (p. 101), one can only wonder about the meaning of such a phrase.
Is this quibbling? I do not believe so. Because such remarks reflect the fundamental shortcoming of the book: In his effort to convey Arafat's persona, the author has neglected the political context and especially the concrete history of the Palestinian movement. It is moreover symptomatic that he never cites a text of the Palestine National Council (PNC) or quotes from important debates that marked the history of the organization. The PLO's long evolution toward recognizing Israel grew out of clashes and discussions in which Arafat played a crucial role. Surely one would find in this evolution--from the concept of a democratic state where Muslims, Jews, and Christians would live together to the "national authority" defined by the PNC of 1974 and finally to the full-fledged call for an independent state in 1988--material far more important in shedding light on Arafat's "mystery" and contradictions than his "unshaven face."
No one would ever think of writing a biography of David Ben-Gurion without taking into account the history of the Zionist movement. Why is it so difficult to apply the simple rules of research and journalism to Palestinian leaders and often to third world leaders as well?
Danny Rubinstein's book ends with the return of Yasir Arafat to Gaza and the challenges facing the Palestinian leader as he was called upon to transform the organization he built into a state apparatus. Since then, the challenges have multiplied, and the Likud's victory in the Israeli elections has only confirmed the impasse blocking the Palestinian leadership and particularly Arafat. What is being played out henceforth in the self-rule areas is not only Arafat's place in history, but also, for the Palestinian people, the very meaning and scope of the struggle launched over thirty years ago by Fatah.